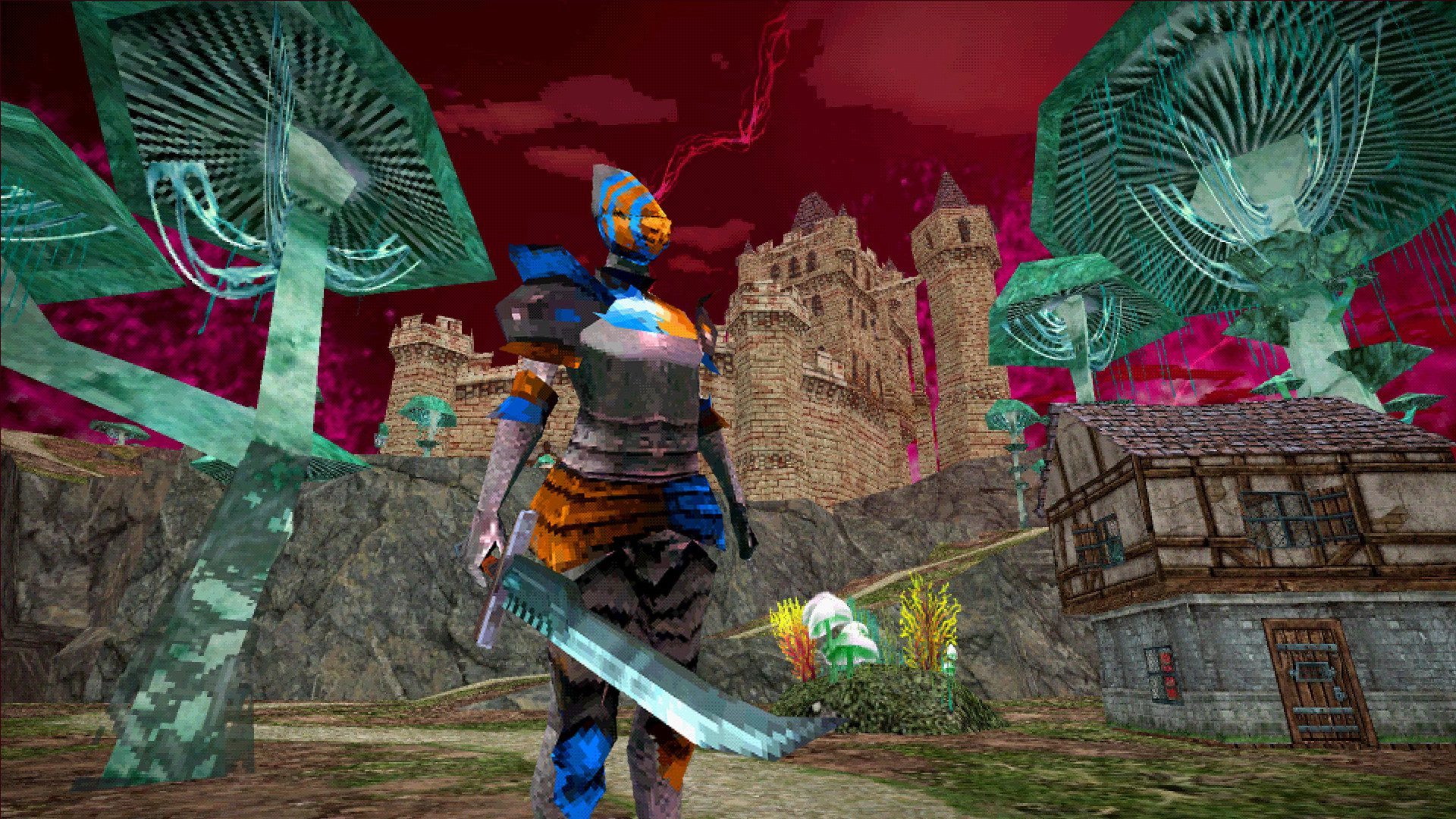 Lo-fi realms to quest through

Some games have style that imitates life, some adopt animation techniques and cartoon aesthetics, and then some have a look that just knocks you down flat. Dread Delusion looks like the latter.

Dread Delusion is an upcoming open-world RPG developed by Lovely Hellplace and published by Dread XP, the label behind the Dread X Collection lo-fi horror anthologies. The game itself looks like an expanded version of the one found on the “Haunted PS1 Demo Disc,” and yeah, it looks like something a haunted PlayStation would create.

Dread Delusion, published by @DreadXP_ , is now available to wishlist on Steam!https://t.co/6SMgySvxpi

⚓️EXPLORE floating islands under a strange sky
💀DANGERS lurk, but combat is not the only option
🏡TOWNS brim with friends and foes pic.twitter.com/iDX8mutQc7

Dread Delusion has started making the rounds on social media again, likely because a few folks (myself included) have been discovering it now. And later is better than never, because wow, Dread Delusion is really something to behold. It’s got all the eerie, retro-horror vibes that have made games like Cruelty Squad stick out.

It feels like the closest parallel to draw to Dread Delusion would be something like The Elder Scrolls II: Daggerfall. In the Steam description, developer Lovely Hellplace says it’s an open-world RPG focused on player choice, with either a central quest to follow or optional content to uncover through exploration. Of course, those areas that lie off the beaten path probably have some creepy monsters, so, adventurer be warned.

A visual aesthetic can get me in the door, but the more I’ve read about how Dread Delusion is looking to have some RPG systems like magic, trading, and speaking with the local townsfolk, the more I think this might be one to keep an eye on. There are plenty of fantasy journeys to go on, but I’m digging ones that look as unique and intriguing as this.

Dread Delusion is aiming to launch on PC, though no date’s been set yet. Keep an eye on it through Steam or Itch, and check out the free demo here.