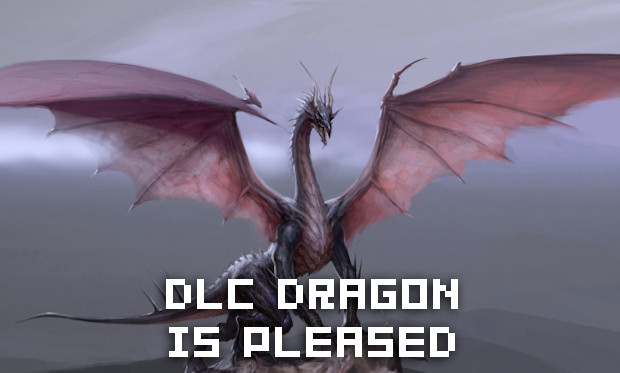 Everybody loves launch-day DLC, right? It reminds them that content has been included and withheld from the disc, which means is a good thing because of reasons. Anyway, what I really need to tell you is that Dragon Age: Origins will be “supported” on day one with the “Wardens Keep” DLC, along with the “Stone Prisoner” content we already knew about.

“Wardens Keep” brings a whole new dungeon to the game, along with six abilities, new items, and a base where players can trade with merchants. The storyline will be “supernatural” in theme, with the ghostly Grey Warden keep being the setting. It’ll cost 560 Microsoft Points on Xbox 360, or $7 via PC and PS3.

Seriously though, I’m all for DLC, but give players some time before buying the full game and buying the content you’ve already made, right? I’m otherwise really geared up for Dragon Age: Origins, but day one DLC gets on my nerves.

“BioWare is dedicated to delivering at high quality for our fans, and we’ve created something quite special here, some really cool new downloadable content. A brand new party member, fresh adventures and environments to explore, plus powerful new items and abilities – together these will enrich and extend the core game experience, and enable our fans to dive even deeper into the dark, heroic fantasy universe of Dragon Age,” said Dr. Ray Muzyka, co-founder of BioWare and the Group General Manager of the RPG/MMO Group at EA.

In Dragon Age: Origins, players take the role of a Grey Warden, one of the last of an ancient order of guardians. Now, as a rising evil threatens to destroy all life, it is up to players to unite the shattered lands and slay the corrupted dragon known as the Archdemon. To restore peace, players must make ruthless decisions and be willing to sacrifice their friends and loved ones for the greater good of mankind. On this journey, players will need to make critical choices that affect the various members of their party.

The Stone Prisoner will give players access to the mighty stone golem Shale who can become one of the most powerful party members in the game. Shale comes with its own personal back-story and unique quests for the player to discover. The Stone Prisoner DLC will also include new environments, items and hours of additional gameplay, further deepening the epic Dragon Age experience. The Stone Prisoner will be available to original purchasers of new copies of Dragon Age: Origins at no additional cost via a code* on an insert card in the retail version or as provided by the retailer for digital purchases. The Stone Prisoner can also be purchased separately for $15 on the PlayStation® Store, the PC via the in game menu or for 1200 points on Xbox LIVE® Marketplace.

The Warden’s Keep premium DLC will provide players of Dragon Age: Origins with a new dungeon-exploring adventure, new loot including a set of ancient Grey Warden armor, a chance to gain two of six mysterious new abilities, a new base complete with merchants and a party chest to store their hard-earned items. The Warden’s Keep adventure is based on an ancient myth in the Dragon Age universe, where two centuries ago the legendary guardians known as the Grey Wardens were expelled from the land amidst a storm of blood and betrayal. Until very recently, the Wardens have been in exile, while their fortress remains overgrown and reportedly haunted. Over the long years, legends of great treasures and forgotten lore have been told of this hidden location, but no one has ever ventured there and returned alive. Warden’s Keep gives gamers the chance to unearth this lost chapter of Grey Warden history. With their trusty party and a new guide, Dragon Age: Origins players will have an opportunity to unravel the mystery behind the fall of Warden’s Keep, and finally reclaim it for the order. Warden’s Keep will be available for $7 on the PlayStation® Store, the PC via the in game menu or for 560 points on Xbox LIVE® Marketplace. It is also included with the purchase of the Digital Deluxe Edition via a code provided by retailers.

In addition, BioWare will release the Blood Dragon Armor DLC, a set of themed armor that will give players additional protection in combat. This DLC is available to players who purchase a new copy of Dragon Age: Origins (original or Collector’s Edition) via a code* included with the game. This armor will be available for use in both Dragon Age: Origins on the PlayStation 3 computer and entertainment system, Xbox 360 videogame and entertainment system and PC and in Mass Effect™ 2 on the Xbox 360 and PC.

Dragon Age: Origins will be released on November 3rd in North America and November 6th in Europe on the Xbox 360 videogame and entertainment system and PC. The PlayStation®3 version will follow later in November. Dragon Age: Origins is rated M by the ESRB and 18+ by PEGI.