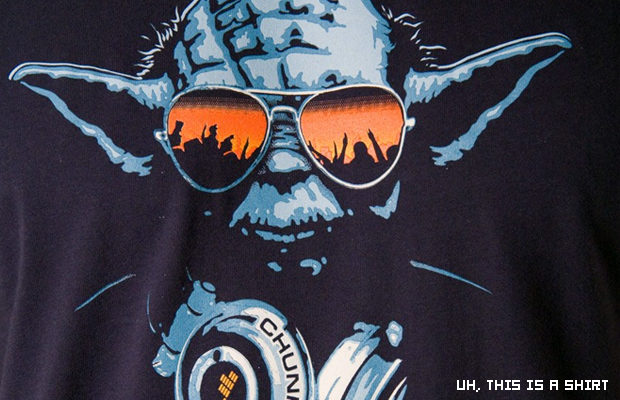 Since I’m not about to pretend I know anything meaningful about DJs, heroes, or DJ heroes when in fact I honestly don’t, this short blurb is going to be the cold hard facts, and you’ll like it that way. I hope.

Five of DJ Hero‘s mixes are coming to us from the UK-based group The Scratch Perverts (love the name, guys). Three of said mixes are as follow: Common’s “Universal Mind Control (UMC)” vs. Masta Ace’s “Jeep A** Gutter, ” Eric B. & Rakim’s “Eric B. Is President” vs. M.I.A.’s “Paper Planes,” and Noisia’s “Groundhog (Beat Juggle).”

Also coming to us in DJ Hero are two mixes from DJ Yoda (love the name, guy): The Jackson 5’s “I Want You Back” vs. Gang Starr’s “Just to Get a Rep,” and Little Richard’s “Tutti Frutti” vs. Shlomo’s “Beats.”

If I sounded harsh or as if I don’t care about DJ Hero in the opening, apologies. I am oddly drawn to it and look forward to not only attempting to play the game itself, but learning more about DJing in general. Plus, the it has got DJ Jazzy Jeff in it. What more could a boy ask for?