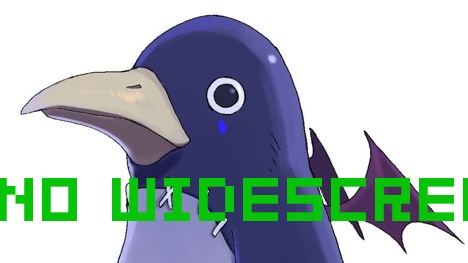 Recent scans of the August issue of Nintendo Power magazine unearthed more than just the typical fare. Among the reviews, editorials, fan art, and previews, was an interesting ad for Disgaea DS.  The ad wasn’t interesting because of an exciting announcement per say, but it drew some heavy rumor mongering over the weekend. The reason why? The ad appeared to show a new Nintendo DS model.

Our original article was going to be a “Rumortoid” discussing the validity of the content in the ad. As you can see from this link, the ad shows two fantastically large screens. Initially, we thought this might have been an accident on developer Nippon Ichi’s part. Perhaps an early run of another Nintendo DS model to be debuted at E3. As it turns out, this is not the case.

NIS’s Nao Zook cleared up the matter with Joystiq:

We placed screenshots on a DS backing to emphasize the platform, and edited them for effect. These games are specifically for the current Nintendo DS, and as far as we know, there is no ‘widescreen DS’ in the works.

Personally, I am a little disappointed that this wasn’t a new DS. I really enjoy my handhelds to be as fully fleshed out as the Disgaea DS ad would suggest. I realize that these hardware revisions get annoying after awhile, but I think a larger screen is definitely something Nintendo should look into for their next handheld system.