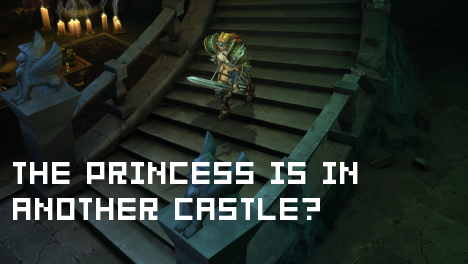 In case you missed the Internet exploding, Diablo III was officially announced today. On top of all the trailers and information pouring out, Blizzard also offered a host of screenshots for the game. The images illustrate some core Diablo fundamentals. Included are hordes of zombies and minotaurs, a dungeon, gore, and magic.

Most importantly, the screens and videos today can parlay any fears that Diablo III is going to be a massive change. It appears as if Blizzard is going to draw from the same successful pool of loot-dropping, hack-and-slash mayhem that made people flock to the original games. That in turn, is just fine with me. I have been looking for an excuse to relentlessly click on a mouse for a long time now.

Do you guys think, at least judging by these screens and videos earlier, that Diablo III will provide everything you wanted out of a Diablo sequel?