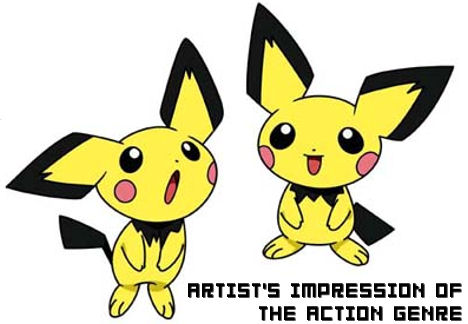 Hideki Kamiya, creator of the flamboyant Devil May Cry series, has blasted 3D action games for not evolving since he “blazed trails” with the madcap adventures of Dante. A somewhat arrogant boast, but outspoken game creators aren’t known for humility.

How have 3D action games evolved since we blazed a new trail with DMC? Can you even go so far as to say they’ve evolved? Seven years ago, we put everything we had into Devil May Cry. But since then, like the hands of time for the 3D action genre were frozen at that moment, it seems like the drive to push users further has stopped. There is so much more that should be done now. And we are the only ones who seem up to the task. This is the spark that has lit the fire within me.

I wonder if he’s including Devil May Cry 4 in that group of unevolved games. Not that DMC4 is bad — it’s very fun — but Kamiya and his team can hardly be called masters of innovation for work that was no different from the PlayStation 2 era prequels. I also can’t think of what Kamiya has done in recent memory to boost the genre.

Still, if he’s working on new games that break the Ten Golden Rules of action games, then that’s absolutely fine, and I have no intention of discouraging him. We shall see if he can blaze further trails with the fire he claims is inside him. That could just be heartburn though.