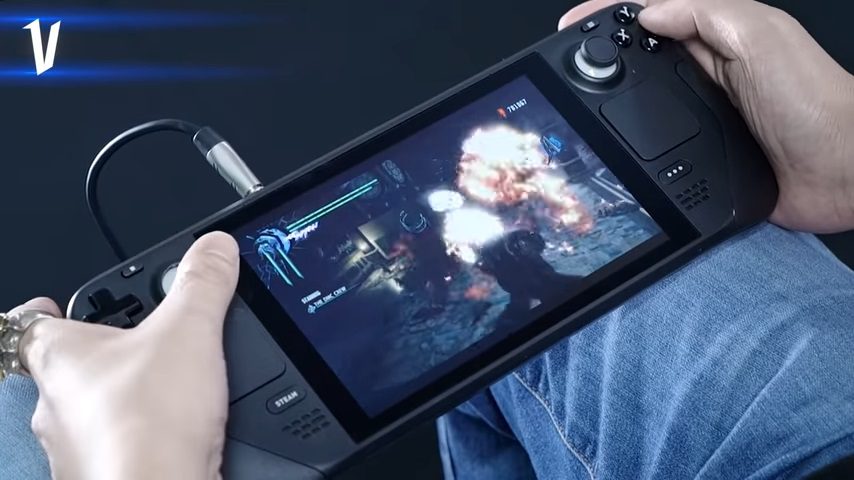 [Update: Valve has actually provided a centralized location for Steam Deck info for studios to potentially show off more stuff like this Devil May Cry 5 Steam Deck clip.]

Curious about how Devil May Cry 5 Steam Deck plays? Well, Capcom has off-screen gameplay for you as you wait for your pre-order to get in.

Uploaded on the Devil May Cry YouTube channel, we have off-screen gameplay footage of the game running on the Steam Deck, flipping through various points in the game. Clocking in at just under a minute, the clip gets the job done, giving you an idea of what to expect in terms of play control and framerate. Out of all the underwhelming marketing we’ve seen for this thing so far, this is one of the more interesting videos, and it’s barely 60 seconds. It reminds me of downloading 360p files of Devil May Cry 4 and watching them over and over until I found something interesting. It’s something to do during the wait for the Steam Deck.

That wait might be a bit, too, even without further delays. Valve was originally looking to ship the first wave of Steam Deck devices by the end of the year, but it looks like that February 2022 is now the target. Valve cites the same “material shortages” as the rest of the industry, which makes sense, as the initial target was extremely optimistic given the situation even at the time.

Until then, you can studiously look over individual footage of off-screen Devil May Cry 5 Steam Deck tests and see if it’s up to par.