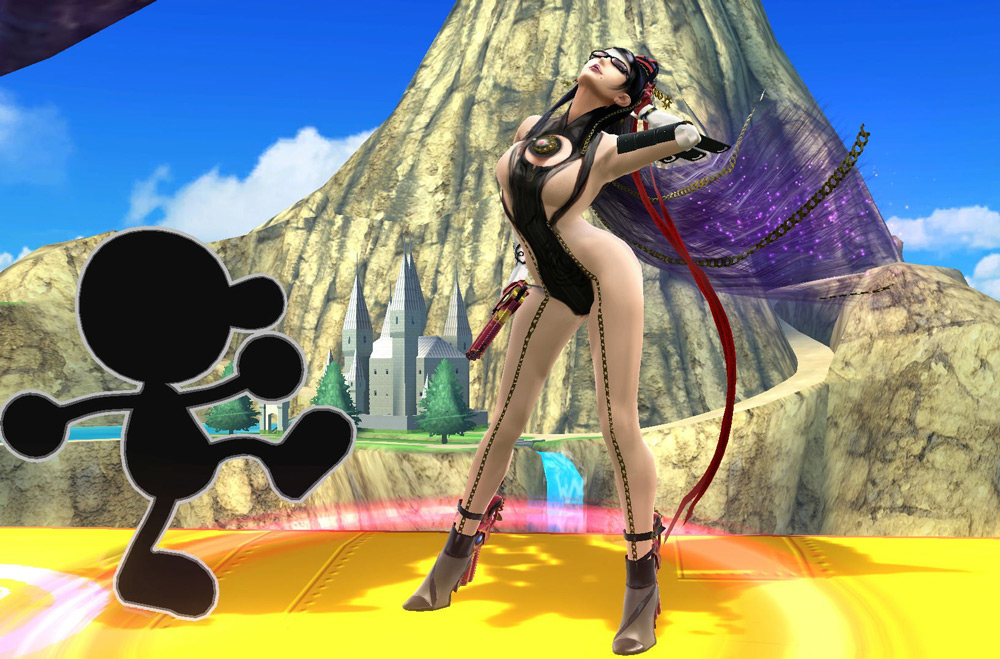 Assuming you haven’t already scrolled down to see which title was voted as the greatest Wii U game and are now in the comments letting everyone know if you agree or disagree with us, please let me welcome you to part three of Destructoid’s top 10 Wii U games. For the past two days, I’ve told you about the eight games we found to be the best on the console. It should be no surprise that all of them were published by Nintendo and the top two don’t change that trend. As much as we love games like Shovel Knight, Guacamelee, ZombiU, and Steamworld Dig, all of which were named on one or more of the submitted top 10 lists, they couldn’t compete with the affection we have for the games that made it.

This is particularly true of our top two titles, two games that have a lot in common. They both have a strong legion of fans, they both are arguably the best in their genre, they both came out in 2014, and both of them feature a certain angel-killing Umbran Witch. 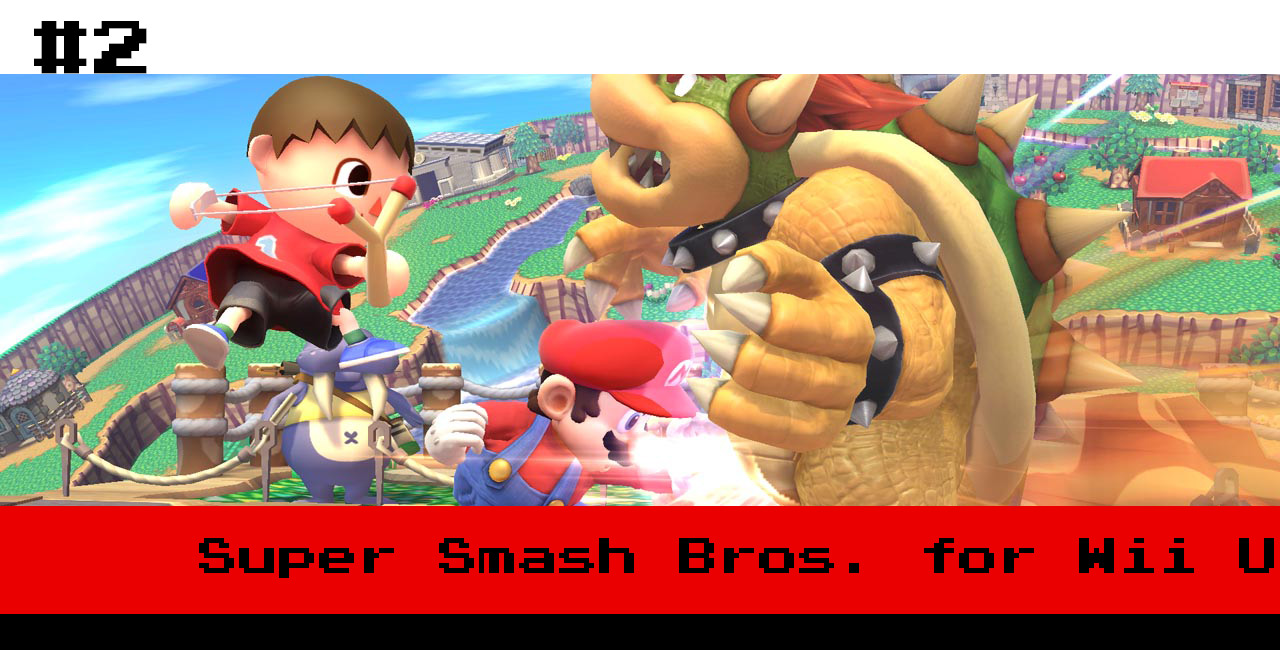 I want to take you back to 2013 for a moment. It’s summer and people around the world are waiting for the start of Evo 2013. More specifically, they’re waiting for the stream of the Super Smash Bros. Melee finals. Despite “traditional” fighting game enthusiasts saying it doesn’t belong there, it’s one of the most popular and widely watched events. Then, without warning, Nintendo tells Evo organizers they cannot broadcast the Melee tournament. It was a dumb, poorly-thought-out move that was quickly reversed after thousands of fans expressed their outrage.

It seems that was a turning point for Nintendo and its relationship with competitive gaming. Since then, not only has Melee been prominently featured at Evo, but so has Super Smash Bros. for Wii U, which will be returning to the biggest stage in fighting games later this year. You could tell that Nintendo finally got it, finally understood that competitive gaming was a positive force in the industry because Super Smash Bros. for Wii U has so many features designed with competitive gaming in mind. There is no tripping (sorry Holmes), the movement is much faster than before, and every stage can be played in Omega Form, so you wouldn’t have to limit your all-Fox-no-item battles to just Final Destination.

For the rest of us, the unprofessional gamers, Smash on Wii U has everything we love about the series and more. New characters like Pac-Man, Lil’ Mac, and — my personal favorite — Duck Hunt dog added flavor to a roster dominated by Fire Emblem characters. New stages like Gamer, The Great Cave Offensive, and Mario Galaxy changed how we approached each battle. The new eight-man battle mode threw skill out the window in favor of an all-out slobberknocker of chaotic fun. If past Smash games have been a love letter to the history of Nintendo, this one is a full-blown romance novel with so many obscure characters and games from the company’s past included in the form of assist trophies and collectibles.

Super Smash Bros. for Wii U delivers all of the rock-solid mechanics that the 3DS version gave us, with the joy of playing on a big screen with friends and a heap of worthwhile modes. It certainly doesn’t negate the greatness of the 3DS edition, but for those who have a bunch of friends anxious to Smash and can only get one, this is the version to get.

In 2014, Super Smash Bros. for Wii U came in second place in voting for the overall game of the year. Perhaps fittingly, it once again falls just a few points behind the same game that beat it for the top spot two and a half years ago. 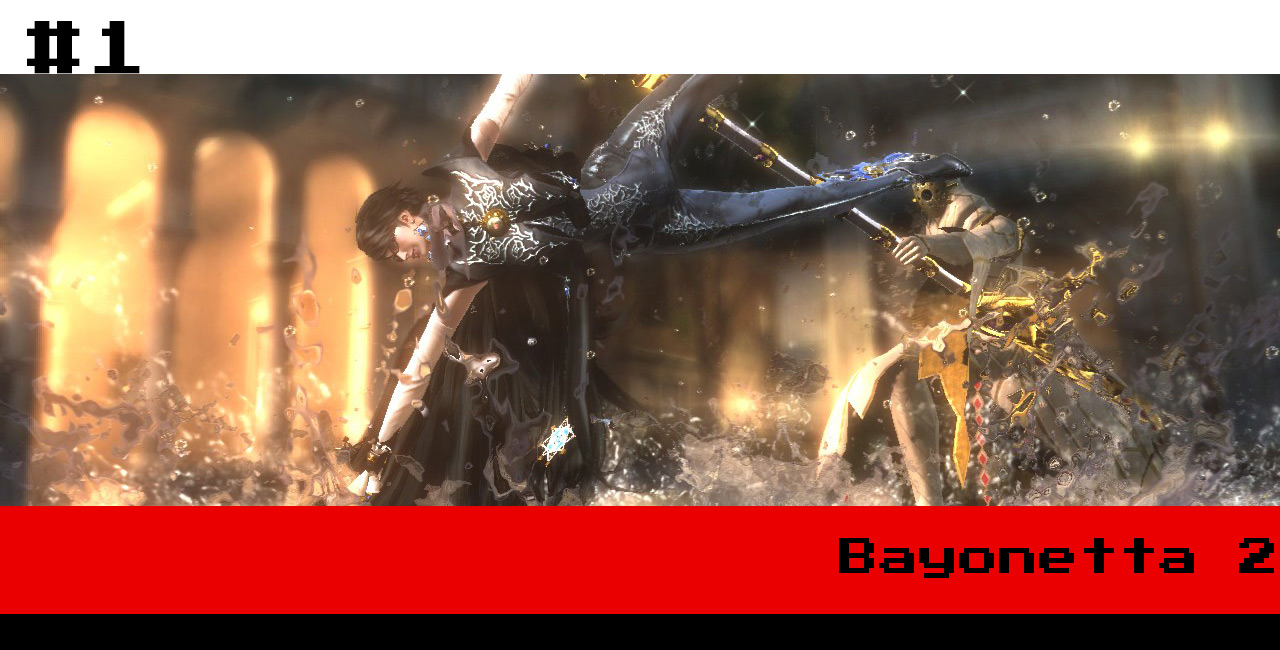 Call us perverts, call us sexists, call us whatever the fuck you want. At Destructoid, we love ourselves some Bayonetta and it was no question that Bayonetta 2 would top this list. It, along with Splatoon, appeared on more lists than any other game and throughout the voting week it was the clear frontrunner for good reason: Bayonetta 2 may be the greatest action game ever produced.

When Nintendo first announced it was working with PlatinumGames and Sega to make it happen, it was seen as a smart move, a way for Nintendo to attract the “core” gamers who felt abandoned by the Wii’s Blue Ocean Strategy. For some, the first teaser trailer in a 2012 Nintendo Direct was all they needed to pick up the company’s once-hot-but-already-quickly-cooling new system. Over the next two years, PlatinumGames teased us with snippets of what was to come, drawing the ire of fans vocal in their contempt of its console exclusivity.

By the time it actually did hit store shelves, it was too late to save the Wii U. But that didn’t matter. What mattered is the development team delivered an action game so flamboyant, so extravagant that people couldn’t stop talking about it. Good or bad, everyone had something to say about Bayonetta 2 even if not nearly enough people bothered to pick it up.

A game well deserving of a 10/10 score, and equally deserving of being named Destructoid’s overall game of the year in 2014. Jonathan Holmes wrote adamantly about Bayonetta 2, its central character, and how it’s a celebration of life’s pleasures many in the media say we should stand against, saying:

These are all things we’re meant to feel guilty about in American culture. Bayonetta wraps them all up in a ball, erases the guilt from all of them, and maximizes all the pleasure. She takes joy in her physicality, her ability to dominate others, and in her own body in whatever way she sees fit. She rejects all outside judgments, from her father, her friends, and even God himself. She doesn’t give a fuck, period, end of sentence. That ability to reject self-consciousness and fear of vulnerability allows her (and the player) to reach unimaginable heights of power. She takes you on a rambunctious, ridiculous thrill ride, smirking all the while, totally unconcerned with the sacrilegious absurdity of it all while encouraging you to feel the same.

Whether or not you agree with him is a debate far past its prime. Love Bayonetta or hate her. You can think she’s everything that’s right with gaming or everything that’s wrong with it. None of that takes away from the fact that Bayonetta 2 is a masterwork in design philosophy. It almost never happened, but thanks to Nintendo’s money and a refreshingly hands-off approach to what Hideki Kamiya was allowed to do, Wii U owners were given what could ultimately be Platinum’s chef-d’oeuvre.