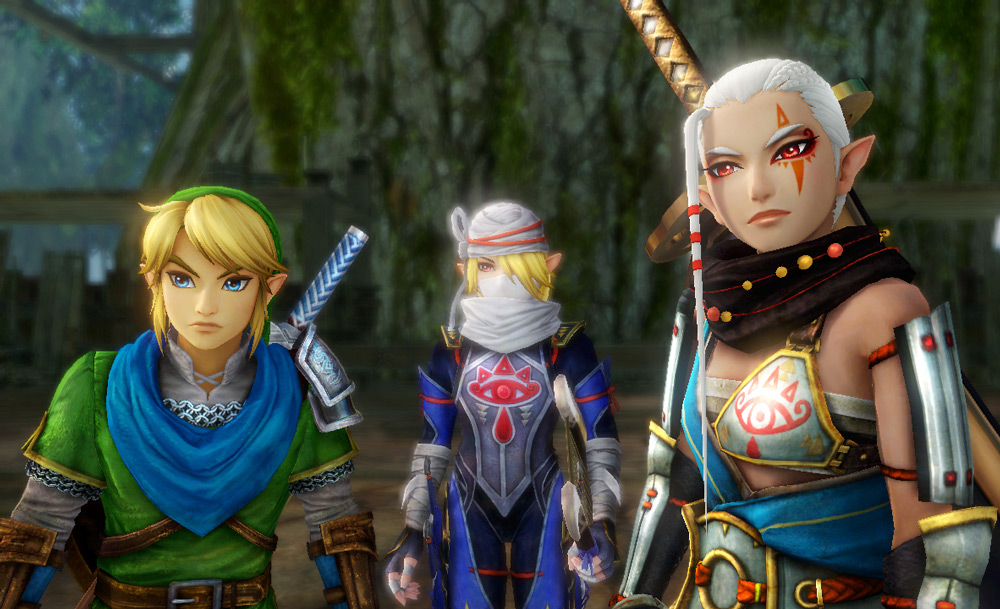 There are those who will say the Wii U never stood a chance. With its confusing name, poor marketing, and the lack of a blockbuster Nintendo-developed title at launch, it stood no chance of being the success its forebearer was. That’s what they will say, and if you look at sales numbers for it, they’re correct. The Wii U is Nintendo’s poorest selling home console, managing to move just a few million more units than the ill-fated Sega Dreamcast. For those who didn’t own the system, it looked dire. Multiple developers stopped creating games for the Wii U, leaving Nintendo, a company already splitting its resources between the console and its 3DS line, and the bustling indie scene to keep the system afloat. With the announcement and release of the Switch, the Wii U is quietly and slowly being shuffled off this mortal coil with just a few titles remaining in the works for it.

Of course, sales are just one way to judge success and as I am not a stockholder with Nintendo, it’s not the barometer I use. I judge success by the quality of the experience, and the past four and half years have seen some of the highest quality games ever to come out of Nintendo and the industry in general. Were there droughts? Absolutely, but when it finally rained, players found themselves doused in excellence. With the Switch taking off and Nintendo’s last big release for the console in the history books, now is as good a time as any to take a look at our favorite games for the Wii U.

So I asked my fellow Destructoid writers to name their 10 favorites for the system. After giving them a week to reflect on the matter, I tallied up the votes and made this definitive list of Destructoid’s top 10 Wii U games. Many deserving titles failed to make the cut, but the ones that did absolutely earned their spot.

In the lede of his review of Captain Toad: Treasure Tracker, Reviews Editor Chris Carter wrote:

From the moment I played the Captain Toad minigame in Super Mario 3D World, I thought to myself “this would make a great downloadable title.” It seems as if Nintendo can hear my thoughts, because it did just that.

Something tells me it wasn’t just your mind they were reading Mr. Carter. In 3D World, the Adventures of Captain Toad levels comprised of compact and clever puzzles that acted as diversions from the main adventure. They were fun, quirky and perfect for spinning off into their own game. Captain Toad: Treasure Tracker is a unique, beautiful, and criminally adorable puzzler that puts a spotlight on one of Nintendo’s most endlessly optimistic characters who effortlessly charmed his way onto this list. I don’t know if Nintendo has future plans for Captain Toad, but I hope to God the Switch will see a sequel.

Many years ago, while I was writing under my old username, I pondered the possibility of Nintendo creating a Warriors game based on The Legend of Zelda. The idea came from near the end of Skyward Sword, where Link made his way to the bottom of the Sealed Grounds, striking down waves of Bokoblins as you prepared to face Ghirahim. It was fun and a refreshing change of pace from the rest of the game.

If Nintendo was reading Chris Carter’s mind for Captain Toad, they must have been reading that blog because a short while later, Hyrule Warriors was announced. A celebration of the series, Hyrule Warriors is one of the finest pieces of fan service on the Wii U, with a greatly varied selection of characters and the amazing adventure mode that could take well over 100 hours to fully complete.

In his extremely positive review of the game, Chris Carter said:

Hyrule Warriors can fall into the same trappings as any hack and slash, but the amount of effort that went into making it enjoyable for Zelda fans is staggering. This is one of the best couch co-op games I’ve ever played, warts and all.

When you add the cost of the game and two seasons of DLC, I’ve spent roughly $100 on this one title and I don’t regret it for a moment.

What is it about this game that keeps us coming back to it? Is it the graphics, which looked outstanding on the GameCube and are downright breathtaking on the Wii U? Is it the sense of discovery, of using the Wii U exclusive Fast Sail to head out into the great deep blue and see what you come across? Or is it the story, one of the most complete tales in the Legend of Zelda franchise that culminates in one hell of an ending? Maybe it’s all three or perhaps we’re all just suckers for the Toon Link. Whatever it is, The Legend of Zelda: The Wind Waker is an absolutely timeless piece of entertainment, and the HD remake for the Wii U only solidifies its positions as one of the greatest adventure games ever made.

In his review, Jim Sterling said of Wind Waker HD:

Most importantly, however, everything irrevocably enchanting about The Wind Waker has been preserved for this HD re-release. Its sense of color and optimism, the overwhelming eccentricity of its oceanic world, the vibrant sense of life and excitement that permeates this particular game more than any other Zelda title to date. There’s something innately special lying at the heart of this one, something extra joyful that its series brethren lacks. This is not to say other Zelda‘s aren’t as good, or even better in some ways, it’s just that none of them have the same magnetism in the personality department. This is why it’s my favorite entry in the series, even if I couldn’t quite say it’s the best one.

Couldn’t have said it better myself.

There were two decidedly different conversations surrounding the launch of Mario Kart 8 on the Wii U in 2014. The first was about the high quality of the game, its track design and layout, the gorgeous graphics and the soon-to-launch DLC tracks that would freshen the series up by introducing new franchises to the mix. The other was the complete joke of a battle mode that was a step down from every entry that had come before. While the latter conversation will be addressed later this month on the Switch, it was the praise of the game as is that propelled it to the top of the sales charts.

Mario Kart 8 has sold 8.26 million copies. That’s more than 60% of people that own a Wii U, a crazy high attachment rate. And why shouldn’t it have sold so well? Mario Kart 8 is perhaps Nintendo’s most user-friendly game to date, offering not only a plethora of control options but also expanding its online options to include user-made tournaments and the wonderful and greatly missed Mario Kart TV. It completely reimagined tracks from SNES and GBA Mario Kart games, allowing them to stand side-by-side with their 3D brethren. Plus, it gave us the Sonic Horn, an item that should now and forever be a part of the series.

In his 9/10 review of the game, Chris Carter said:

Check back tomorrow as I continue the countdown of Destructoid’s best Wii U games.