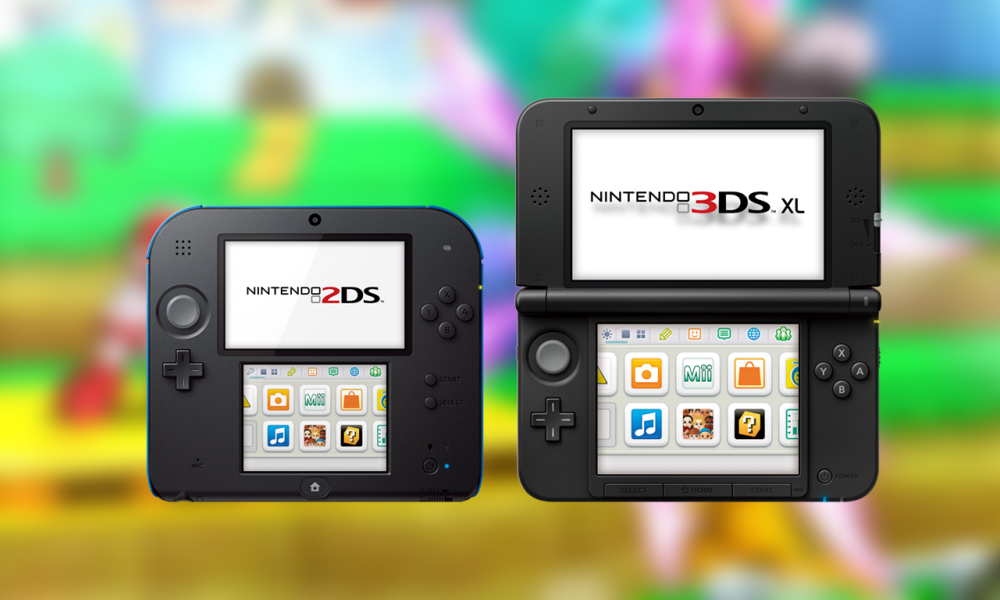 Writing a “Top 10 Best 3DS Games” post, in a way, is like writing an obituary for a console. We talk about how long it’s been around, the big successes it had in life, and the loved ones it leaves behind. In the case of a gaming device, the loved ones are all the games that came to be a part of its existence, the characters in its biography.

Tomorrow, the Nintendo Switch Lite will release, and while Nintendo dismisses the notion it’s done with the 3DS, several months of no new first-party software for the device tell another story. We’ve come to the end of the road — even though it isn’t really the end; I mean, Shakedown Hawaii just released for the device today — and now must say our parting words before leaving the old behind for what is new.

I still have a hefty backlog of Nintendo 3DS titles waiting for my attention, and with at least one more title of note on its way, there’s no doubt this handheld will be a part of my life for years to come. At least one of those games I’ll be playing well into 2020 and beyond is listed below as I reveal the top five titles picked by the Destructoid staff as the best games available for the Nintendo 3DS. And if you missed it yesterday, check out the rest of our picks for this list. 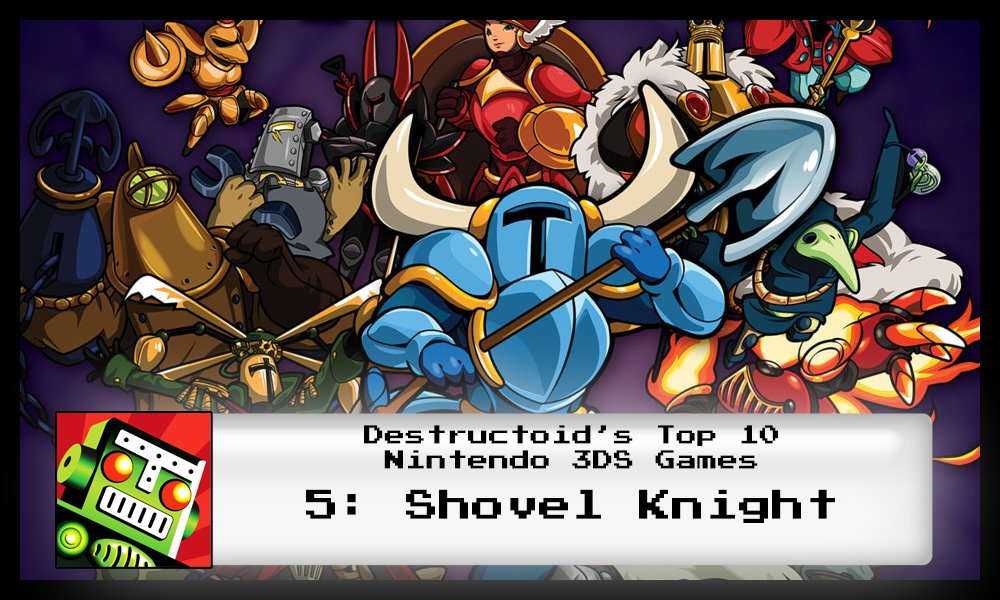 When Destructoid did its list of the top 10 Wii U games, Shovel Knight was a heavy favorite to make the list throughout the voting process. In the end, it fell a few votes short as Nintendo-published titles dominated the final tally. I wondered if the same thing would happen on the 3DS. After all, there are spectacular Nintendo titles like Luigi’s Mansion: Dark Moon, Kirby: Planet Robobot, and any of the Pokémon games that could have made it. But the appeal of Shovel Knight was just too strong.

What started as an ambitious Kickstarter has become one of the most celebrated titles of the generation. This indie hit has sold millions of copies and its star has gone on to do guest spots in a plethora of different titles. The initial game was pure gold, but the package only got better as developer Yacht Club Games added update after update to it, all for free to those who purchased at the beginning. And more than five years after it first launched, Shovel Knight is still getting new content.

While not every mode came to the 3DS, it’s easily one of the best platformers you can buy on this or any other gaming device. 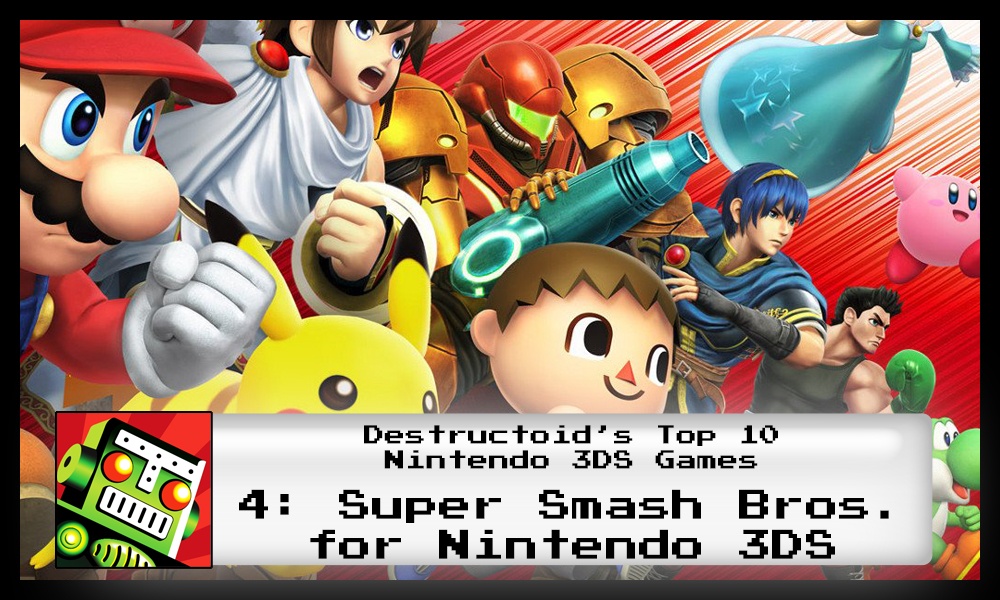 To be honest, when putting together the list of nominees for this list, I didn’t think Super Smash Bros. for Nintendo 3DS was going to make the final cut. Its sister game, Super Smash Bros. for Wii U, nearly topped our top 10 Wii U games list and I figured that was the version everyone had played. But I was wrong. The love is strong with the Dtoid staff, possibly because Super Smash Bros. on 3DS was the first time we were able to take our fights on the go, leading to the genius marketing slogan of “Settle it in Smash!”

While the version is arguably to blame for the absence of the Ice Climbers, it was simply astounding how much content Sakurai was able to squeeze onto a 3DS cartridge. Given his work with Kid Icarus: Uprising, it shouldn’t be that much of a surprise. Smash 3DS had all the fighters and trophies of its HD counterpart but featured its own set of stages inspired by many of the portable games from Nintendo’s catalog. Add in local and online multiplayer, and you had the greatest portable fighting game ever created…until it and every previous entry in the series was usurped by Smash Ultimate. 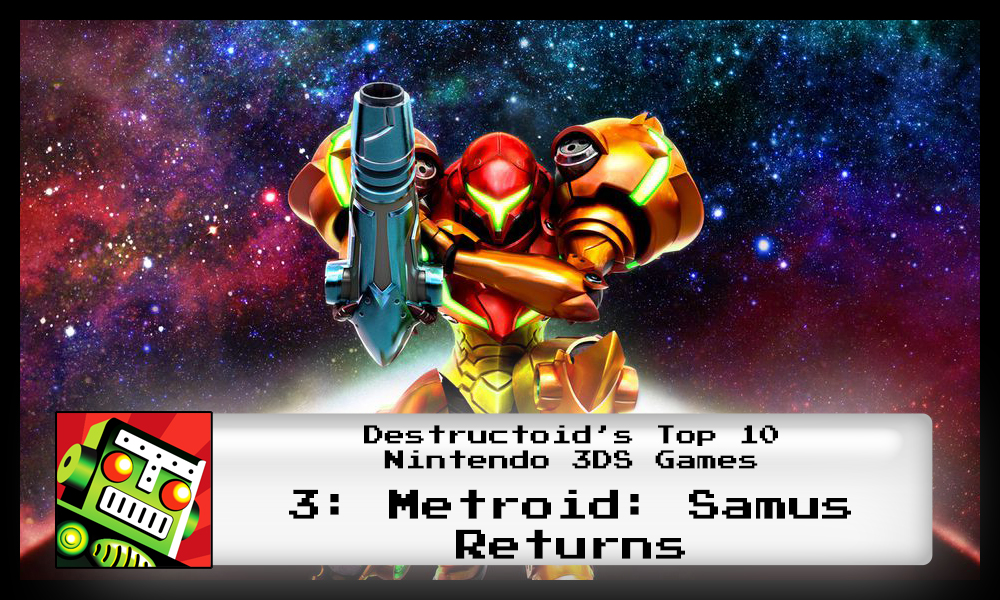 I didn’t have too much hope for Metroid: Samus Returns when Nintendo first announced it. First of all, Nintendo opted to show it off during an E3 Treehouse live stream instead of during its big, pre-recorded showcase, indicating that it wasn’t a priority for them. Second, developer MercurySteam didn’t exactly have the best track record up to that point. Finally, I don’t really care for Metroid II: Return of Samus on the Game Boy and if I wanted to play a remake of it, AM2R was just a download away.

Despite the reasons not to buy it, I picked it up day one and proceeded to fully immerse myself in the beautiful recreation of SR388. It’s a brilliant game; one that not only proves there are still new ideas to be found in the classic Metroid formula but one that also completely washes away the Federation Force funk from the franchise. More than anything it was just nice to know Nintendo still cared about Samus and her exploits. Hopefully, the positive feedback from it will push Nintendo to finally give fans what we’ve wanted for so damn long: Metroid Dread. 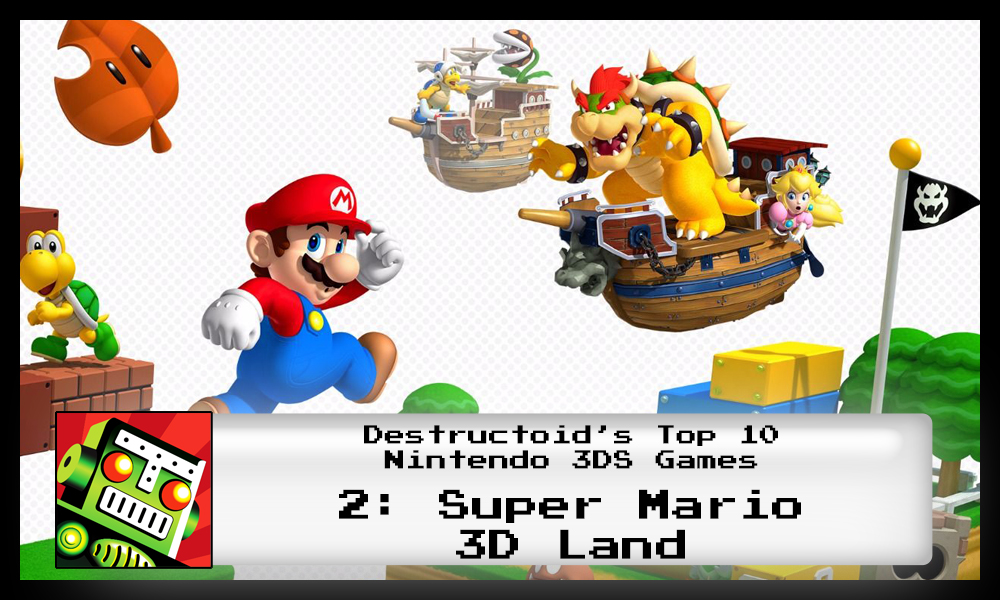 How do you follow up a game like Super Mario Galaxy 2? Arguably the greatest 3D platformer ever created, it was near perfection on the Wii and the best example of the limitless bounds of Nintendo’s creative spirit. An endless stream of joy from beginning to end, the only way to adequately follow something that monumental is to break away from it completely, to tear up the recipe and start from scratch. And that’s exactly what Nintendo did with Super Mario 3D Land.

Since the Nintendo 64, 3D Super Mario titles have been known for their big sandbox worlds that hid different challenges, secrets, and surprises. It was a winning formula, but 3D World tossed it out the window. Instead of continuing down that path, it looked back to the origins of the franchise the same way New Super Mario Bros. did years before. Super Mario 3D Land wouldn’t just be a new game in the series, but a game that reintroduced fans to the other nearly perfect platformer from Nintendo’s catalog: Super Mario Bros. 3.

By channeling the enemies, power-ups, and concepts of that NES masterpiece, Super Mario 3D Land was able to provide a new blueprint for the 3D platformer that was at once fresh and familiar. The Destructoid staff had a lot of love for this title in the voting process, but it fell a few points shy of the game that is arguably the ideal representation of everything Nintendo strives to be. 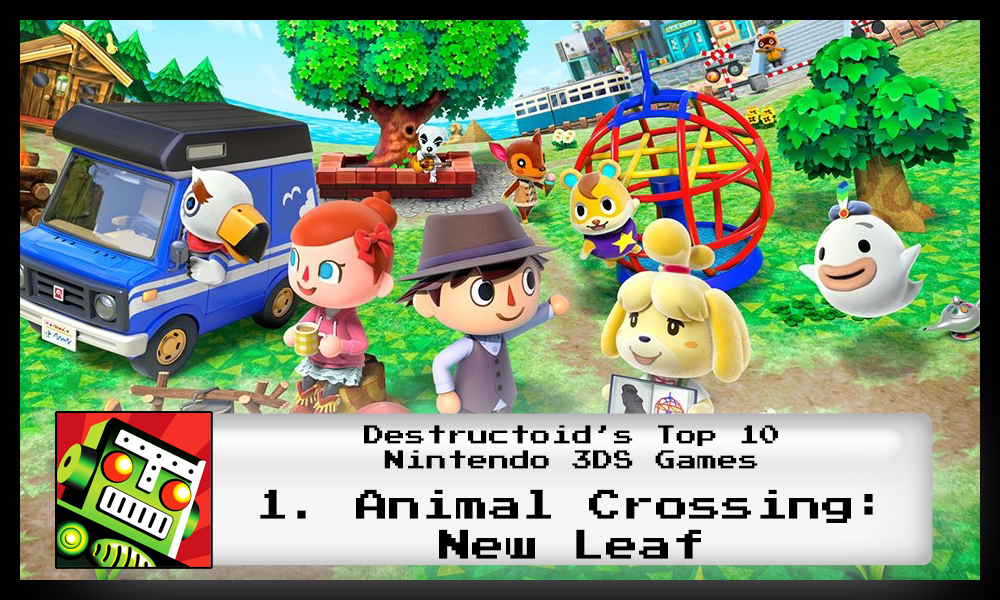 When I started playing Animal Crossing back on the Nintendo GameCube, I didn’t think it would someday become one of the most celebrated franchises in Nintendo’s catalog, with an unquenchable fanbase that included everyone from a grandma with thousands of hours of free time on her hands to Chrissy Teigen. In fact, in those early days, I didn’t even tell anybody I played the game. I was already teased and taunted at school; I didn’t need to add the fact I played a game my tormentors would describe as “for babies” to the list of reasons I was targeted.

When Wild World launched for the Nintendo DS, I was in college and had abandoned all pretense about anyone ever thinking I was cool, so I was loud and proud in my enjoyment of the series. Surprisingly, I wasn’t alone in my fandom. Wild World was the first time I’d get a glimpse at the greater Animal Crossing fanbase; a fiercely loyal group of casual and hardcore gamers who I would one day fear with the advent of Twitter.

Now, the Nintendo DS was an absolute sales monster. With more than 150 million units sold, it was easy for first-party games to become best-sellers. The Nintendo 3DS, as popular as it is, sold only half that. Most of the franchises that had record sales on the DS saw their numbers drop on the 3DS. Mario Kart 7 sold less than Mario Kart DS, Pokémon X/Y sold less than Diamond/Pearl, Nintendogs + Cats sold a fraction of what the original Nintendogs did, and A Link Between Worlds sold less than Phantom Hourglass. Across the board, sales were down…except for Animal Crossing.

Animal Crossing: New Leaf proved to be such a popular game, its fanbase actually grew from the DS to the 3DS. And not only was it incredibly popular, but its popularity also endured far longer than any other entry in the series. With new content regularly released through SpotPass, Nintendo Zones, and as free DLC, there was always a reason to return. The addition of mayoral duties instituted a greater sense of responsibility to the series, while Public Works projects allowed players to personalize their towns far more than ever before. Plus, in 2016, the Welcome amiibo update added a new area, mini-games, and amiibo support to what was already a complete package. And it was with that update I learned our own Peter Glagowski uses Animal Crossing as a way to connect with his mom.

This is what I mean when I say Animal Crossing is everything Nintendo strives to be. Since it first started making arcade games, Nintendo has seen gaming as something that can be for everyone. For young and old, for rich and poor, for people from all walks of life. We can all find joy in gaming, and Animal Crossing is the best example of a franchise that can bridge the gap between all different types of gamers, from cool grandmas to guys in their 20s who’ve platinumed every game in the Yakuza series.

Animal Crossing: New Leaf is undoubtedly one of the best games Nintendo has ever created and an easy shoo-in for the best on Nintendo 3DS.