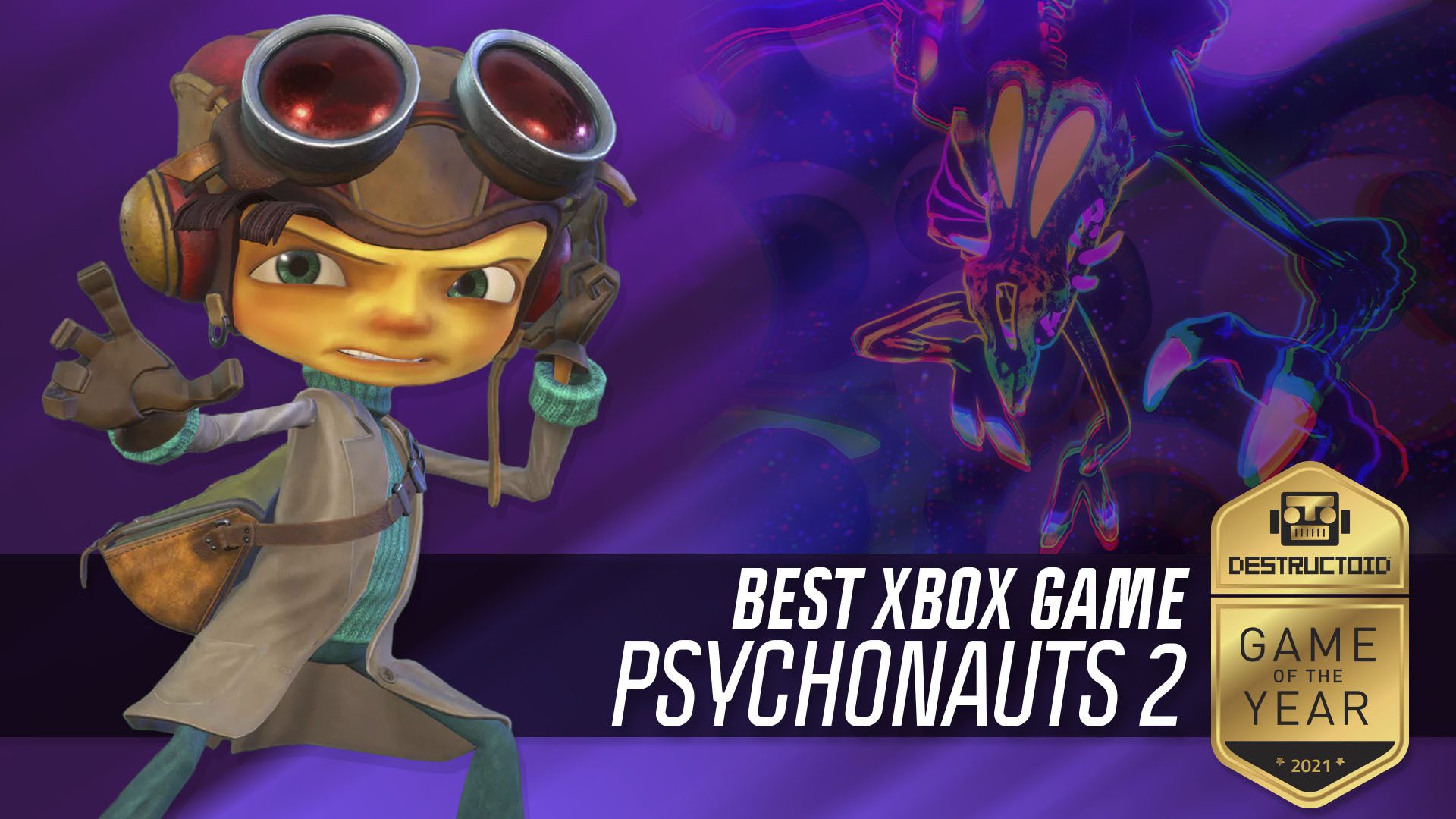 The game that’s winning our Xbox award this year was a long time coming for Double Fine. Psychonauts 2 has been in development for years, and an idea in the team’s head for even longer.

Yet through the Fig funding and Microsoft acquisition, we’re here now in 2021 to see Psychonauts 2 out and available. The return of Raz, it seems, did not disappoint. Psychonauts 2 is Destructoid’s pick for Best Xbox Game of 2021.

We saw a lot of platformer influence in the year 2021. Mario experimented with some new concepts while taking on Bowser’s Fury; Ratchet and Clank took on a new, PlayStation 5-exclusive adventure; and other games like co-op adventure It Takes Two seemed to borrow influences from the days of PS2 character-platformers. Psychonauts 2, in some ways, seems like a return to those days.

Yet as Zoey wrote in our review of Psychonauts 2, the balance of platformer, story, and exploration is much more finely tuned in the sequel than its predecessor. It’s dives into the psyche were still what you might expect out of Psychonauts, yet Psychonauts 2 ventures deeper into concepts of mental health and the backstory of his family.

Couple in Psychonauts‘ penchant for brain-warping, mind-twisting visuals and level design that’s hard to find anywhere else, and it’s not hard to see why Psychonauts 2 left a lingering mark on the Destructoid crew.

It also feels like recognition, in a way, of a new step in Double Fine’s legacy. Tim Schafer’s studio has been behind some beloved games in the past, and with the backing of a publisher like Microsoft, was able to create a new Psychonauts that did, somehow, live up the original. Now, it seems like the future’s bright for more adventures from that crew, as it looks ahead to new projects it can tackle.

The 2021 Xbox lineup had some good variety. There’s the green-suited supersoldier who sadly launched a little too late for eligibility. The many cars and vehicular destruction of the Horizon Festival. And so, so many Game Pass games. Yet Psychonauts 2 blends clever platforming, mind-bending levels, and charming story all into one package that we just couldn’t seem to get out of our heads.