I’ve said before that I can’t believe I finally own a phone I enjoy gaming on, and as more and more interesting looking games come my way, I find myself happier and happier with where the future of gaming on the iPhone seems to be heading.

Totomi, a game with distinctively adorable art and a casual approach to gaming on the go, caught my eye and while back; I recently spent some time with it, exploring what it had to offer. If you are in need of something to play on your long bus rides and want something casual and yet still engaging, this may be just the review you’re looking for.

Hit the jump for more!

From the opening screen of Totomi, you know you’re in for a cute game, at the very least. Breezy flute music and drums accompany you to the menu screen, where you have the option of playing the main game, checking out your high scores, or checking out your card collection, which is basically a series of terms that allow you to earn cards when they are fulfilled (kind of like Achievements). 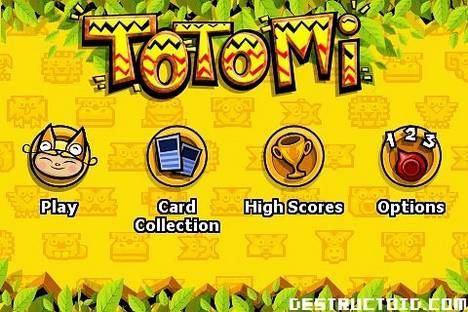 Once you choose Play, you are given the option to check out Classic Mode, which has more blocks and is slightly more complex, or the Arcade version, which is fairly simple and utilizes less blocks. There are nice tutorials for each that explain the gameplay well, although it’s fairly simple to begin with.

Your gameplay screen shows three rows, which are spaces for you to build totems in. There’s an assembly line up top as well, which will spit out goodies you can build the tokens with. These items are animals and food objects, and how you arrange them is key to how far in the game you are going to get. 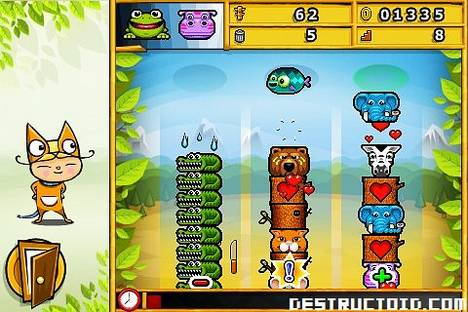 You arrange the blocks by dragging with a fingertip, which is a quick action and does not obscure your ability to see what you are doing, as some iPhone games unfortunately do. In Arcade Mode, you can whip up two kinds of combos: animal combos and friend combos. Animal combos are totems made of only one type of animal, but to multiply them you “breed” them by placing one like animal atop another (resulting in a total of three). You can also use the food objects to feed the animals, which turns the food block into the type of animal that you fed it to.

Friend combos are created by placing two “friend” animals on top of one another. If animals are friends, you will see a heart icon appear when you go to drag one animal towards the other. To finish a combo, you simply interrupt it by placing an object or animal on top that does not continue the chain. It’s up to you how high you want to build your combo before you finish it off, but the bigger the better! 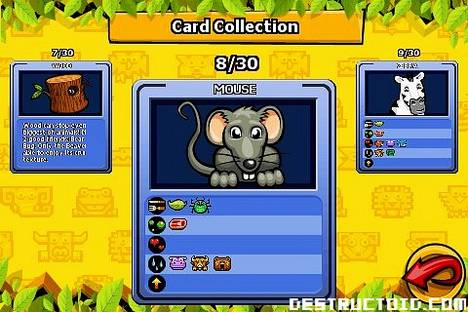 There are more things you can do with your totem-building than just what I mentioned above: you can also have certain animals “climb” by placing the right type of block (birds fly over wood chunks, for instance). You can also earn special blocks that only appear when you make really obscenely high totems.

The only bad thing I can say about Totomi is that they sound they chose to use for each time you breed animals on a totem kind of sounds like poking a baby with a sharp object, but considering that you can disable the sounds, this is something you can avoid altogether if you so desire. 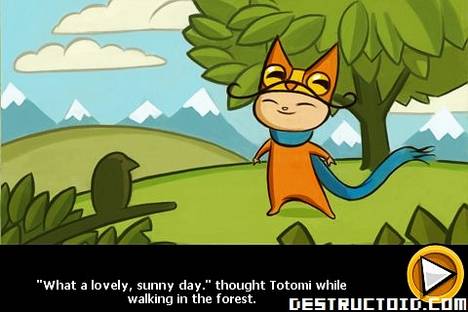 Standout art design and simple yet addictive gameplay definitely make Totomi stick out from a lot of the puzzlers on the iPhone market.  For $4.99, the game has a lot of casual fun to offer, not to mention the character that a lot of games of its type lack. If you enjoy such simple fare, I would certainly recommend you allow yourself to succumb to its charms.