Secret Exit’s SPiN thrives on the iPhone/iPod Touch platform. The game’s core gameplay mechanic — spinning and rotating — would never carry the weight that it does on another platform like Xbox Live Arcade or Nokia’s N-Gage.

That doesn’t mean that SPiN doesn’t have faults. It certainly does. I think developers tend to overreach. They make games better suited for other platforms that have a better, more diverse control method. SPiN’s design has the iPhone in mind all the way through. It has simple but responsible touch controls and a visual style that really works. Developers need to begin with those two concepts in mind.

With that, I’ll slowly slide off my high horse saddle. Hit the break for the review. 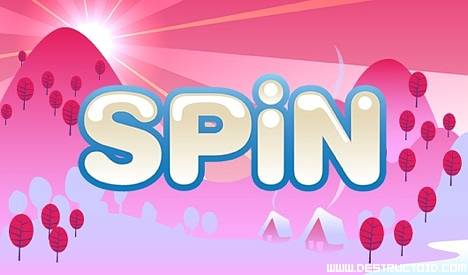 The goal in SPiN is to rotate a three-dimensional object into a position that matches the object’s silhouette in the background. Rotation is handled by swipes and twists applied to the touch screen. The gameplay is a simple take on basic shape recognition puzzles.

The great thing about SPiN is that it doesn’t try to hide its uncomplicated gameplay. It embraces it and wraps it around several different game modes. The main attraction, Arcade, is an endurance mode that has you twisting and turning toasters, snakes, hippos, tricycles and monkeys across a variety of colorful backgrounds. Placing an object correctly nets bonus points and additional time, allowing you to progress to another screen and object. The other three modes have you do essentially the same thing, except with a modification on the length of time given for spinning objects. 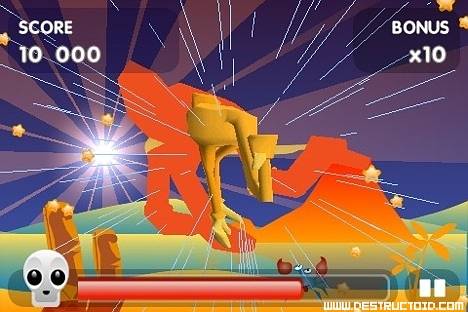 Normally, I find a lack of depth disturbing. But SPiN is wildly addictive. I cannot quit playing this game. It is like having an open box of butterscotch cookies with cocaine sprinkles sitting on your desk. You start out by eating two, but quickly progress to five or six more. After the box is gone, you start licking the sides wishing for that last high — that sugary sweet, beautiful high. SPiN doesn’t run out like cookies, yet I still find myself playing it in short bursts, as if I’m licking the sides of the cookie box.

Addiction breeds familiarity. There is a limited amount of objects you can fiddle with, but the game cloaks this fact by giving objects different colors as you progress. Unfortunately, a hippo will look the same whether or not it is green or pink. Silhouette positions switch, but there is also a limit on their variability. When the game becomes predictable, the experience begins breaking down. How much fun can be had when you are flipping a tricycle the same way multiple times in one session? 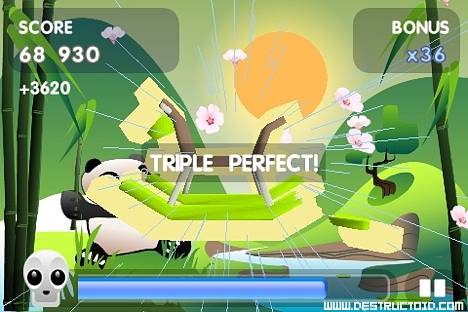 The visuals and music add to the game. The art is bright, bubbly, and the levels contrast each other well. One second you will be playing in front of a mountain, the next a field. Often things are moving behind the widget you’re messing around with. I find the busy backgrounds an excellent touch.  The visuals definitely have a flavor, a certain unique quality that colors the game for the better. The music is unobtrusive, varied, and complements the art style well.

Despite the quirky visuals and excellent controls, SPiN is ultimately a slightly above average, limited and unvaried game. I shouldn’t want to play this title, but I do. It is wickedly addictive. If you’re a fan of light puzzle games or shape recognition stuff, this might whet your whistle. Otherwise, I suggest checking out a demo.