Today marks a most eventful day, for today is the day I try and write more than a single paragraph on Snake. That is what this game basically is. It’s Snake. It has the number 360 after the title, but there is no denying that this is, indeed, Snake. The very fact that I’ve spent the first paragraph repeating myself multiple times should be a fine indication of what a struggle this is going to be.

Read on as we attempt to review Snake360, which, as you may have already gathered … is Snake. 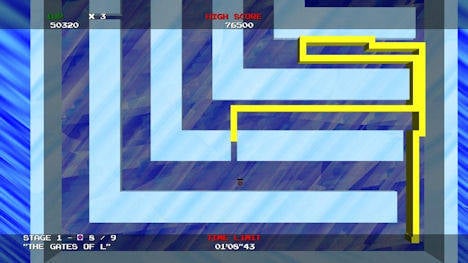 For some reason, I am going to assume you don’t know what Snake is, so I have an excuse to explain it to you. In Snake, you control a line — or Snake, if you will — that travels around a grid, eating little targets and growing in length with each delicious bite. The Snake doesn’t stop moving, and you have to steer it around the grid, making sure it doesn’t hit walls or its own ever-growing tail. Of course, you know that already.

It has to be said that, for a game of Snake, Snake360 certainly packs a lot of content. There are over 200 stages, mostly consisting of different shaped walls that you have to navigate around, as well as co-op and four-player competition and online rankings. In addition, there are a variety of gameplay modes, but each one is a very basic play on the main one. If you really love Snake, then there is plenty of serpentine sauciness to keep you going. If you really, really love Snake. 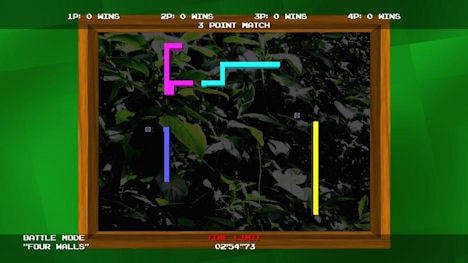 The bold, bright colors and HD visuals make this look a little better than your average game of Snake, but it’s incredibly difficult to line up your Snake properly with the targets, and it can be a very frustrating experience. The fact that Ernie from Sesame Street also seems to be commentating during each stage is quite amusing, but strangely unsettling at the same time.

Perhaps Snake360 would be worth more of a look if the production values were higher, but as it is, there is no escaping the fact that this a game given away for free on old computers. The graphics might be a step up, but certainly not a step up enough to justify any sort of cost. It is, ultimately, a bunch of colorful lines whizzing around a very simple screen of shapes, and while that is possible to be tarted up and made interesting, not enough tarting has been done.

The game also lacks any sort of original gameplay features to make it a step up from another, more free version. While there is certainly more content, it’s not new content. I’m sure that the fundamentals of Snake could be used to support even wider game types, but there is nothing in Snake360 to corroborate such a claim, unfortunately. 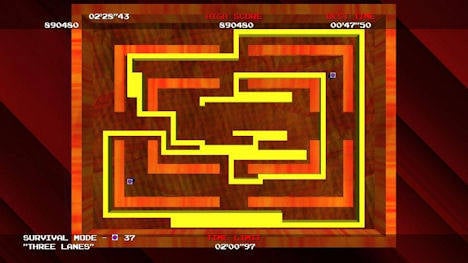 The title does nothing bad, per se, but it doesn’t really do anything good. Rather than evolve the core gameplay of Snake, it just adds much more. If you like Snake a lot … and by a lot I mean an incredible amount … then you might want to check it out. I would also recommend a download if you want to check out just how much like Ernie the commentator sounds. It’s worth a quick trial, but at 400 Points, Snake360 is asking a lot.

5 — Mediocre (5s are an exercise in apathy, neither Solid nor Liquid. Not exactly bad, but not very good either. Just a bit “meh,” really.)