For those of you waiting patiently for a solid RPG to come to the 360, Eternal Sonata has long been simmering on your must-play list. After disappointing reviews of the highly anticipated Blue Dragon, Namco-Bandai’s tale of the dreams of dying composer Frederic Chopin was cast in an even rosier light than before. Still, the question is the same for every modern RPG: Will the story provide a backbone for an engaging, rewarding gaming experience?

When it comes to looks, Eternal Sonata’s got everything an RPG junkie could want and more. The cel-shaded environments are positively gorgeous, and there have been more than a few instances (the flower field in the opening village, for example) that literally leave you wandering around and staring at the lushness of the color and detail. The voiceovers are strong and the music follows suit, providing a rich atmospheric backdrop for your adventure. Best of all, you get the pleasure of hearing Chopin’s famous works performed by world renowned pianist Stanislav Bunin, which are absolutely lovely and really compliment the game’s tone.

Frankly, the concept of your adventure being a dream in the mind of Chopin as he lies on his deathbed was one of the most interesting concepts I’d heard in a while for this type of game, and the story met my expectations. The narrative itself bears the stamp of Japan’s trademark dreaminess, but it has been tempered enough that American audiences shouldn’t have a hard time understanding it. There are some interludes between chapters where the game fills you in on the life of the real Chopin, and while the information itself is fascinating, it’s presented against a slideshow of photographs that seem slightly out of place against the backdrop of the game itself. Interludes being what they are, however, these tidbits don’t detract much from the overall game.

As my biggest beef with modern RPGs tends to be bland characters I don’t care for, I was pleased to find that the characters in Eternal Sonata are very enjoyable. Chopin’s predicament makes him a figure the player is drawn to almost immediately. While there are a few generics here and there, those more developed characters make up for it. The inclusion of really powerful female characters was also a refreshing surprise for Eternal Sonata. Polka, the first female character we meet, seems fairly weak in combat at first, but it isn’t long before new girls capable of some serious ass-kicking are introduced. Cheers to Namco-Bandai for breaking the mold on that.

While Eternal Sonata truly sings aesthetically, one big issue with the game lies in the combat. It was advertised as having an innovative battle system that made use of light and darkness for strategic advantage. While this is a cool concept, it quickly becomes apparent that you can inflict a decent amount damage in light or in darkness, which makes using them strategically a moot point. The frustrating element of this is that it seems as if you have all the ingredients for engaging combat, but somehow it falls short in action. Having multiple characters is the ideal setting for combined attacks, but this option is never presented either. Despite the ability to freely roam within battle, it seems to fall into the turn based rut.

For me, boss battles present a particularly low point in Eternal Sonata. Despite being as beautiful as everything else and being well designed, the bosses represent absolutely nothing within the storyline itself. These battles also come and go with little to no discussion from the characters before or after, as if they never happened. Maybe I’m a little spoiled by Final Fantasy titles, but beating a random giant Pokémon is somehow less fun if it has zero meaning within the storyline whatsoever.

Score pieces are another element that allow you to use music throughout the game. I was hoping to see music figuring into the game more predominantly (perhaps in battles), but the Score Pieces are merely bits of music you find and then play them with other NPCs to either receive a reward or fail miserably and have the NPC make fun of you. They make an okay mini-game, but I can’t help but think that this concept could have gone so much further if implemented differently. The most obvious oversight was that Chopin doesn’t teach the score pieces to the other characters or use them himself. Not to toot my own horn or anything, but it seems like one of the first concepts to develop in a title like this.

Overall, I think Eternal Sonata is still a good game despite the things I didn’t like about it. Its greatest weakness might be the colossal expectations put upon it by the RPG-hungry 360 community. It’s definitely worth a play for any fan of the genre. The story alone is far superior to the majority of it’s competitors, and it gets more rewarding the further you delve into it. As long as you can overlook a few small flaws, it is still well worth it. 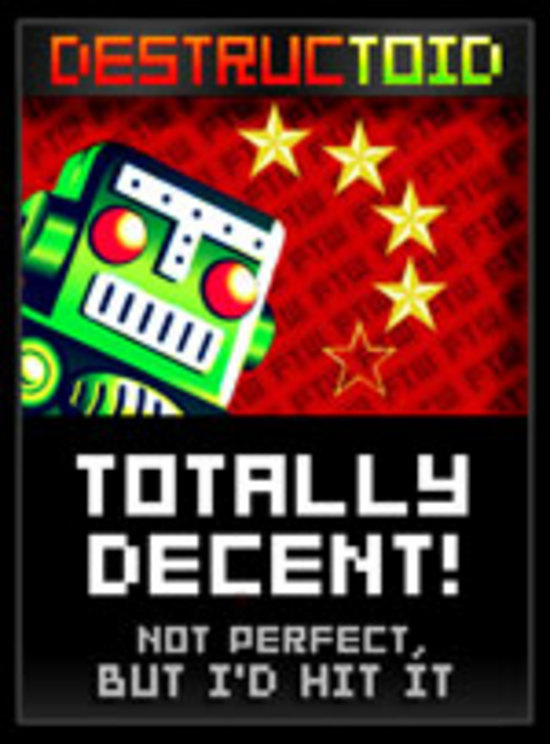