As most of you know, I’ve been speaking very highly of Crackdown ever since I jammed it into my Xbox 360. But I’m not the only one who thinks so highly of it, because with already great sales numbers and record-high demo downloads, gamers have been warming up to this free-roaming pleasure fest as well.

Today, I spoke with Colin Macdonald, Studio Manager of Real Time Worlds (developer of Crackdown), to get the lowdown on Crackdown. We talked about everything from the decision to have a Halo 3 bundle, to the past, present and future of the game. Hit the jump for the full interview. 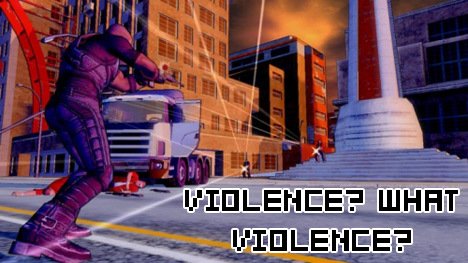 DESTRUCTOID: The reviews have been up and down for this game. Some see it as the second coming of Christ, while others are quick to pass it off as GTA-light. What would you attribute that to?

COLIN: Some people go into the game and review it based on traditional factors like story and the time it takes to beat the game. Crackdown isn’t like that. The bosses are there as a distraction and the game is built so the player can have fun with the physics. I think it speaks highly of the game that our team will play late into the night, during their free time, just having fun with it all. As you’ve said before, it’s just about having fun, not about a complicated story or how fast you can beat the game.

DESTRUCTOID: How long was Crackdown in development?

COLIN: Crackdown was in development for about four years. It was originally an Xbox title but then just turned out to be way bigger than we expected. Also, the Xbox 360 was coming out and we just felt it was natural to push the game in that direction. It just made sense for us to jump to next gen. We believe the game now shows it was well worth that decision. 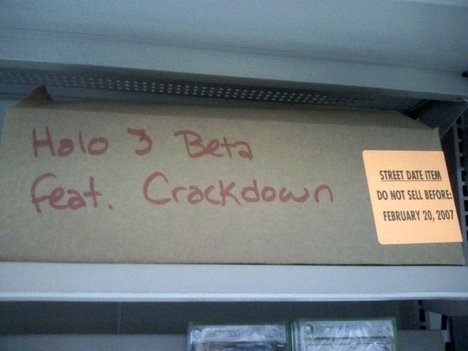 DESTRUCTOID: Speaking of decisions, who decided to bundle or associate the game with the Halo 3 beta? Many can easily argue that doing so shed a negative light on Crackdown, that maybe the game wasn’t worthy enough to stand on its own. What did Real Time Worlds think about doing such a thing?

COLIN: The decision to put the Halo 3 beta into the game was from Microsoft’s end. We went along with it, but we definitely saw how it could both hurt and benefit the game. We saw how people could look at it and would think that it was something that had to be done to push the sales of the game, that, like you said, the game wasn’t good enough to stand on its own.

But, on the other side of the coin, we were confident that the game could stand on its own and we thought that people would be able to see past the inclusion of a beta as big as Halo 3. At the end of the day, it was just a great bonus for us.

DESTRUCTOID: How would you rate Microsoft as a first-party publisher? What was your relationship with them like?

COLIN: Microsoft as a publisher is the best we’ve ever worked with. The support they put behind us and this game was simply incredible. We knew they wouldn’t let this thing limp along and their dedication to spreading the word about the game proved that. It was fantastic to see what they did.

The thing is, Microsoft is very picky about which horse they want to back, so we were more than pleased to see them take such a huge interest in making sure Crackdown was known about.

DESTRUCTOID: Because of the early succcess of Crackdown, are there any plans to bring the game to other consoles? Maybe PlayStation 3 or even the Wii?

COLIN: No. There are no plans to bring the game to any other platforms. I can’t speak for what Microsoft may want to pitch, though.

DESTRUCTOID: Is there anything in Crackdown that you guys wanted to get in but couldn’t because of either time or technical restraints?

DESTRUCTOID: Are we going to have to pay a fortune for horse armor?

COLIN: I can’t really get into what the price may or may not be.

DESTRUCTOID: How about Crackdown 2? Surely you can spill the beans on that to me, right?

COLIN: I would love to talk about Crackdown 2, but I just can’t, sorry.

DESTRUCTOID: Would you consider Crackdown to be a success at this point?

COLIN: Yes, absolutely the game has been a success for us. We’ve had pretty big numbers so far and the amount of downloads for the demo certainly speaks volumes. 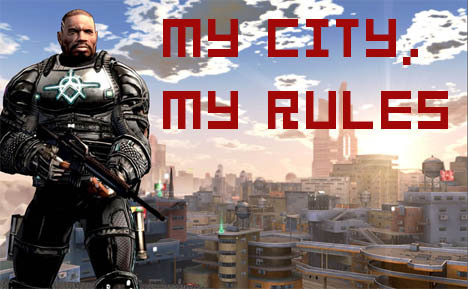 DESTRUCTOID: What is your favorite thing about Crackdown?

COLIN: The fantastical aspect, for sure. To be able to jump from building to building without touching the ground is very rewarding for me. It’s completely unique in that aspect.

DESTRUCTOID: What is your least favorite thing about Crackdown or if you can’t really say, what’s left out that you’d like to see put in?

COLIN: The big thing is that the really important things work in Crackdown. There’s always stuff you’d like to add, but I can’t say if there’s anything specific.

DESTRUCTOID: What went into deciding on the art style of the game?

COLIN: Our director wanted a game where someone looked at a screenshot and would go and say, “Oh, that looks like Crackdown.” He wanted something that looked unique and I think you get that with Crackdown.

DESTRUCTOID: How much does it bother you that people want to compare this game to Grand Theft Auto simply because it’s a sandbox game and you can drive around and shoot people?

COLIN: We know people are going to compare this to GTA and whether it’s fair or not, all we can do is stress the differences. This isn’t a GTA game. I think the people that play Crackdown for any length of time will be able to see how it’s different and better. We want Crackdown to stand on its own feet. We’ve managed to make a game that is original in that respect.

DESTRUCTOID: Explain how it has been to work with Microsoft on a quality control basis. How involved were they throughout the development cycle?

COLIN: Microsoft’s quality control was very high. That’s one of the really great things about working with a first-party publisher such as Microsoft. They have one of the most professional teams to give you honest feedback about your game.

We’d constantly get ideas for improvements from them. In the end, it really helps us develop a game the consumer will enjoy. Past publishers that we’ve worked with really weren’t as involved or at least to the extent Microsoft has been.

DESTRUCTOID: Besides Crackdown 2 (smile), what other projects are Real Time Worlds working on?

DESTRUCTOID: Is APB for the PC or will we see it on the 360 as well?

DESTRUCTOID: When can we expect APB to be released?

[Editor’s note: I will be meeting with RTW and the Crackdown people again at GDC, so if there’s anything else you wanted to know, then please let me know and I’ll try to dig up an answer for you. — Robert Summa]