A few days ago, at Gen Con, I was invited to talk to Russell Williams, CEO of Flying Lab. Flying Lab’s booth on the show floor was all about Pirates of the Burning Sea. The company’s main focus was to establish that the MMO was still kicking out new content and fixing problems that players indicate are issues with the game. At the end of the interview, I felt that it was a great privilege to speak to Williams. He’s obviously passionate about his company, but even more passionate about MMOs. Throughout the course of the interview, it never really dawned on me that Russel Williams was an executive of a successful developer. I saw him as an enthusiast who saw the problems with the industry quite clearly.

Our conversation began with his desire to speak towards the changes of his game. Then, our talk spiraled to the state of MMOs in general. He spoke about competing with the forever-popular World of Warcraft, user reception, saturation of fantasy games in the market, and the price of developing an MMO for a console. Our conversation came to a close with the nature of credit card fraud and eventually his love of the game.

Hit the break for the full interview. 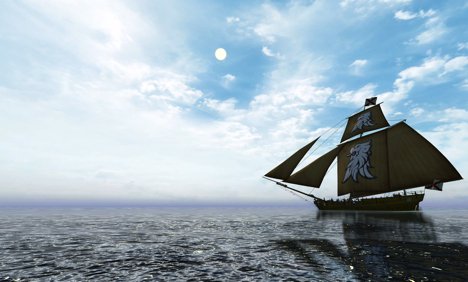 DESTRUCTOID:
What are you showing [at Gen Con] today?

A lot of what we’re showing are the improvements in [Pirates of the Burning Sea] from last year when we were here. And to show people who have never seen the game and give them a taste of what the game is.

What are the improvements?

We’re on a 1.7 release, which is coming out at the end of the month. We’ve maintained a solid release a month since we’ve launched. That’s pretty huge. Not a lot of people have been able to do that. It’s been a tremendous amount of bug fixing, polishing and redesigning of elements that people have wanted, as well as putting in new features. The build that we’re showing today has a new camera mode we’re working on – a little bit smoother and more natural. [We’ve also added] new ad-hoc joining rules to reduce the amount of ‘ganking’ in the gameplay, while still allowing players to do what they want. There are tons and tons of improvements that we have made since the actual release.

Is this the result of the reception that the game has received?

We listen to our users very closely. The funny thing is, there’s always that question of MMOs are ‘works in progress’ and you try to decide what the right time is to release. If we had decided to not release what we are right now, the game would not be as good as it is now. We’ve had the opportunity to watch people play this game since beta and we’ve taken that knowledge and applied it to the game. We looked at what the pain points are for the players, and we’ve been minimizing that. It’s useful to have a live environment to see what you really need to be doing to improve the game. 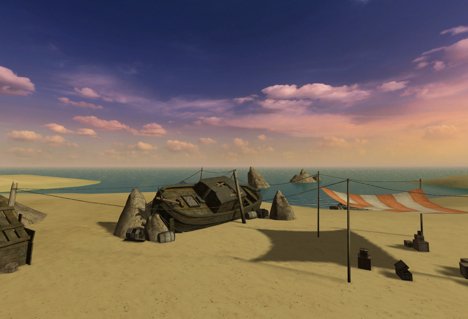 When you’re competing against something like World of Warcraft, do you try to pull people away? How do you compete with that?

This is actually why we made Pirates. Back in 2002 when we actually started thinking about this idea, we thought that fantasy was too saturated then. That’s before WoW showed up. I think the right strategy to have is if a truck is coming along the way, don’t run straight into it – go around it, go on a different path. That’s why we eventually chose Pirates. We wanted to do something that was not what everyone else was doing. Once we decided not to do a fantasy setting, we thought ‘what’s the best setting that we can do to really make all the elements of an MMO work together?’ We wanted to have a strong economic base and really interesting combat. Being history buffs that were are, it turned out to be the Carribean in the 1720s. So it became a natural way for us to do that.

If you look at future projects, we’re not going to be doing another fantasy. We’re going to be looking at another genre. Another genre that is very, very different than what anyone else is doing.

Have you ever thought about doing a console MMO?

I would love to play Pirates on a console. It’s much more work, we would have to rethink how to make that MMO a more visceral experience with a controller. The next game along will certainly be on a console. 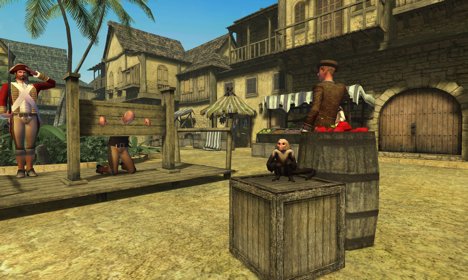 Can you give me any details on that? Is there a target date?

We’re still gestating through the concepts for it.  We still have a lot of work to do on Pirates and we want to keep the majority of the team concentrated on Pirates.

What is your personal take on the reason why console MMOs get canned so frequently?

I’ve talked to the Microsoft guys about doing a project with them much earlier on and they asked me, ‘if you had all the time in the world to spend making a game, how long would it take?’ And I said, ‘3 and a half more years.’ They were like, ‘Wow, that’s a really long time?’ And I thought, ‘Wow, name one of your projects that didn’t take that long and did well for you?’

The problem is you get in this mindset of ‘I want it all to be done in two years’ and that’s extremely difficult unless you’re doing the exact same thing that you’ve done before. I think they need to get more ‘sticktoitness’ with the MMOs and realize how big these projects are.

The other thing is that the console manufacturers need to find the right pricing model so we can be on Xbox Live, so we can play on the PSN, and not give a ton of money in royalties. It makes sense for the single-player SKU, or a multiplayer SKU like Call of Duty because that’s not the reoccurring model that our entire business is predicated upon. I know that the past models have been really prohibitive. I know at one point we had to get three times as many users just to break even.

Of course, what’s the strength of the consoles? The [Xbox] 360 is a fantastic piece of hardware. It’s extraordinarily easy to develop for…and has a really great matchmaking system. This is an obvious platform for us to go to. I think the PlayStation guys have been doing an excellent job getting their stuff in place as well…All the projects we’re doing in the future will all be on the consoles.

Is your gravitation towards the console a response to piracy?

No, not at all, because we’re an MMO. People have to pay us to play.  The only problem we really run into is gold spammers. They use stolen credit cards to create accounts. That’s an astoundingly major expense. I couldn’t believe it. It is truly jaw-dropping how much money we lose to credit card fraud in the MMO industry. That’s why people are looking at ways to do more than the Verify by Visa program and stuff like that to slow down the [piracy.] 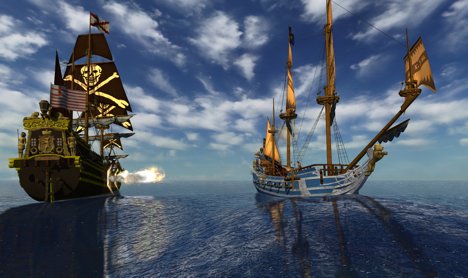 Do you have any new ideas?

We’ve been working on it. The problem is that their cost of labor to defraud themselves is relatively small – WoW has tried to stop them as well and has had very little success with it. We got different ideas that we’re working on. I can’t say too much on that. Honestly, the problem is so bad – if I could pay protection money, I would. It’s kinda like the thieves that smash in the windows of your car, tears up the upholstery to steal a radio.

Is there anything else you want to peg on that we didn’t hit thus far.

I think people in this industry – they’ve seen so many games come and go – and before we actually hooked up with Sony the press looked at us in one way. ‘Oh, you’re a small and independent company. You’ll never be able to ship that game.’ And I used to wonder, ‘Why the cynicism?’ until I started actually following the MMO market. I realized that most games actually fails. Look at Gods and Heroes by Perpetual. It got right there at launching and it never actually launched. And those are the ones that are actually real projects.

There was a project that I heard about. They were working on it with their little fanbase and community and they called us looking for a job. And I said, “What about your game?” and they said, ‘Well, it’s just me and two artists.’ It turns out they were just doing this website as a project with the idea that a development company would call them up one day and say, ‘We have an entire group of developers with nothing to do, why don’t we pair you up?’ The problem is, and this is a little object lesson for everybody, that never happens. It doesn’t happen – ever.

If you don’t have a development team, no one is going to provide you with one. I looked at it and realized that I was cynical about everything. People talk about projects that are coming out and I say, ‘I don’t know, might never ship.’ One of the things that is good to be able to do is to show that we keep producing updates on a regular basis. We’re here for the long haul. One of the great things about Pirates is that we’re a very dedicated company. We love Pirates, we love working on Pirates, and we’re going to keep working on Pirates forever.