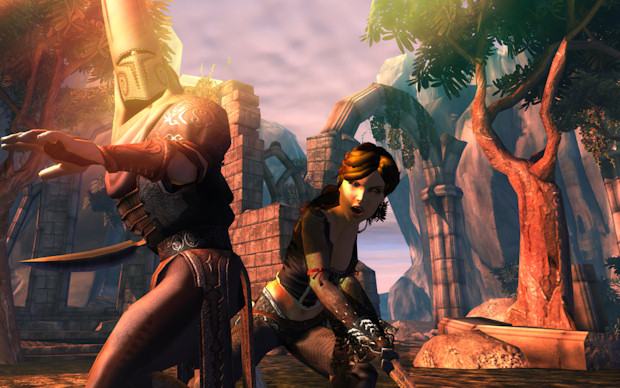 Games like Venetica don’t come to consoles very often. The dungeon-crawling, loot-laden, “Western” style RPG is something usually reserved for PC, with only Ascaron’s Sacred 2 really giving Xbox 360 and PS3 owners a slice of Diablo-esque action. Deck 13, however, believes this shall change soon, which is why Venetica will be hitting the 360 when it finally releases outside of Germany.

“I’m sure that consoles are going to see a lots of RPGs like Venetica in the near future because demand is there,” explains creative director Jan Klose. “In fact, Venetica is perfect entertainment for consoles, being easily accessible with stunning visuals and a very intuitive controller layout. We were very happy about the opportunity to design a game for both PC and Xbox360. GUI and controls were developed very individually, and I am sure that they are going to satisfy both parties!”

Okay, so Venetica is coming to PC and Xbox 360, but what about PS3? Any chance of a release in future?

“We and dtp entertainment, the publisher, decided to focus on PC and Xbox 360 first and to finish these in best quality,” he answers. “When we have finished these, we’ll negotiate possibilities for other platforms.”

And while we’re at it, when are getting a release date?

“I’m confident that it is going to be announced pretty soon.”

Filed under... #Exclusive on Destructoid#Interview#Role-Playing Games