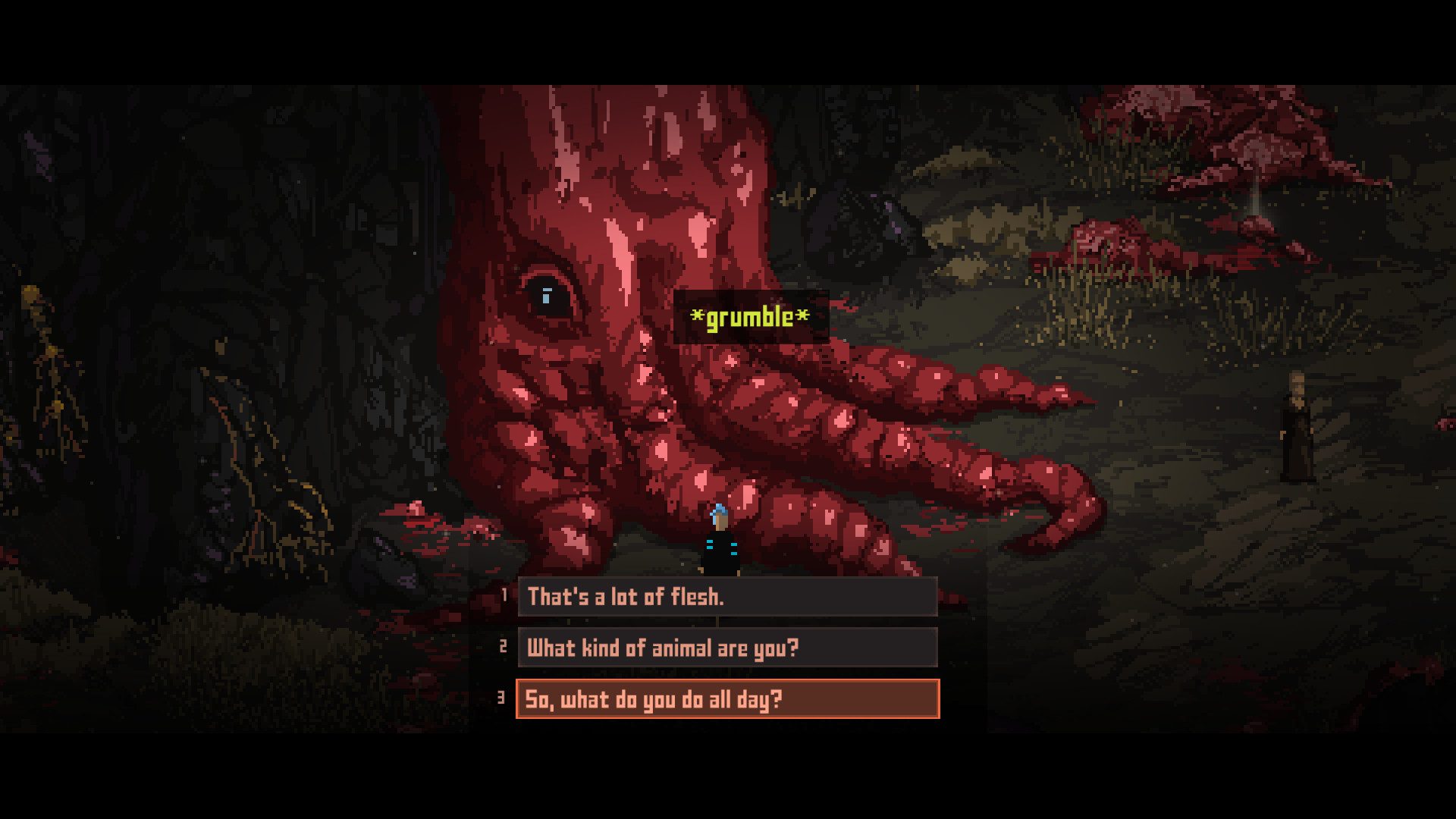 Early Access has been such a huge benefit to so many games. Players get their hands on the game earlier than they thought, and developers get access to a ton of valuable (and plenty of not valuable) feedback. Of course, we all know the games that spend literally forever in Early Access as well and sully the name of the program. But like it or not, it’s here to stay. I thoroughly enjoy being able to support games during their development phase, but sometimes I just don’t want to play a game until it’s “done.” And yes, I’m aware that a game in its 1.0 format is usually far from “done,” but let’s not dive too deep into semantics here. It’s the reason why I own Baldur’s Gate 3 and cannot wait to play it, but have avoided installing it during its Early Access period.

Death Trash has sort of fallen into this camp as well. I’ve played it (for this article), and almost wish I hadn’t. It seems like it’ll be a great game on release, but playing it now has a hollow and very incomplete feeling.

Death Trash wears its OG Fallout inspiration on its sleeve, as the game certainly has the same vibe as the classic Interplay titles. You start in an underground/closed-off area only to emerge into a wasteland filled with curious creatures (I hesitate to call them people) and an even more curious environment. The main draw comes from exploring the land, talking to people, and figuring out just what the heck is going on.

Players will create their character by allocating stats into a range of categories, but it’s important to note that combat plays a large part in Death Trash. Unfortunately, I never put points into combat stats when given the choice.

Like the original Fallout games and many others inspired by them, I was hoping that non-combat alternatives were viable. They are not.

In the less-than-ten-hours I’ve played of Death Trash, I found myself thrust into many combat situations that I felt ill-prepared for. Especially early on, I had no expertise in any of the weapons I found — my character was good at Empathy and Animalism, neither of which were useful in combat. (Though I could persuade little flesh monsters to be on my side and throw them, they sucked at actual combat.) 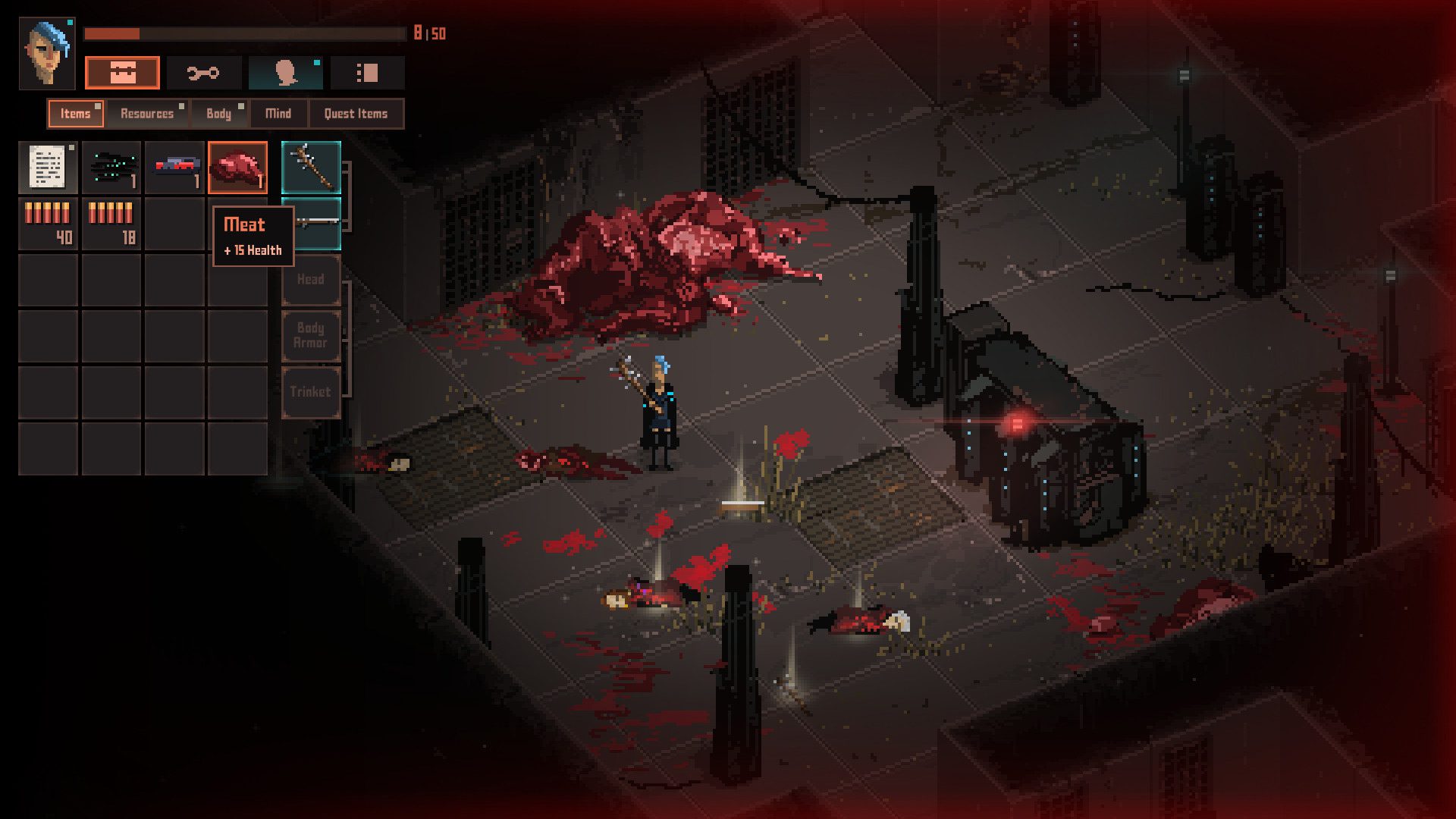 So the non-combat route isn’t viable. That’s fine, I don’t expect every game to give the player as much agency as the all-time greats. But I would appreciate a better combat system. The pixelated-isometric view works just fine for ranged combat, but melee combat feels awkward.

I used a mouse and keyboard to play, and resorted to stealth and stealth kills as much as possible to avoid actual combat. It just feels…not great. Dodging also feels weird, as I’m not sure what part has invincibility frames and what doesn’t. Maybe the combat works better in the local co-op mode? No idea, but it can be frustrating in single-player.

So, it’s easy for me to say that people will play Death Trash for the story and environment — I know I will. This brings me back to my title. Why would I want to play a game for the story when the story isn’t done yet? I really enjoyed learning more about the world of Death Trash. So much so, that when I got to this part, I just quit the game. 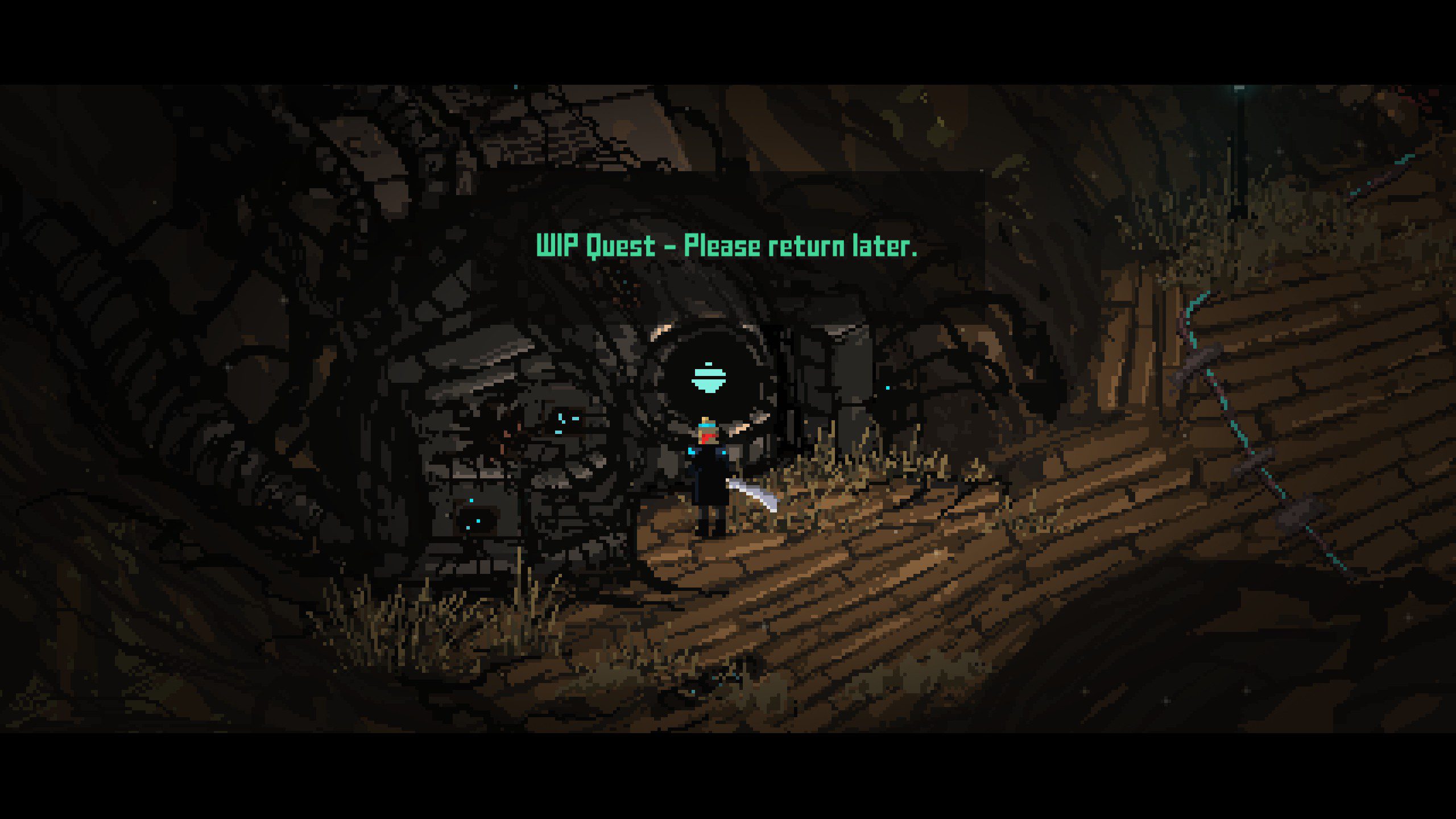 The main story was getting pretty hot and heavy, and then I get hit with this.

Any interest I had in playing was gone. What if I get invested somewhere else and run into another brick wall of plot? Not interested. Most of the sidequests involved me simply traveling from point to point, often using fast travel, and talking to key NPCs. The stories were fun, but the in-between was not.

Yet, I am very interested to see where Death Trash ends up. And I do think it will be pretty great overall. I’d highly recommend buying it in Early Access to support the development if it seems like your cup of tea, but just like many other single-player games, I’d also recommend not installing it until you see the 1.0 update hit.