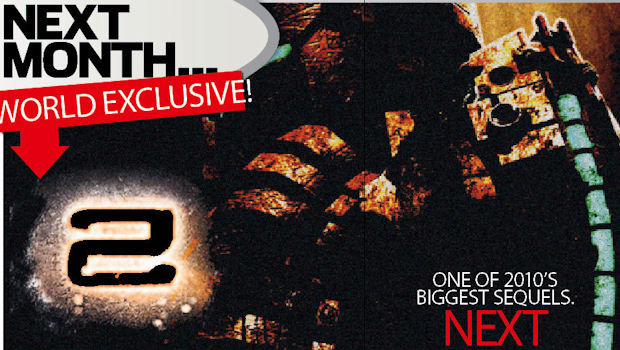 Yes, what you are reading is there will be an announcement … of an announcement. That’s the kind of thing that happens in the videogame industry, and that’s the kind of thing you’re going to have to read. Dead Space 2 is one of the worst kept secrets in development right now. We all know it’s happening, we even know multiplayer may be involved. Electronic Arts won’t open its mouth.

It seems that EA’s silence will be broken on December 22, as confirmed by Xbox 360 World magazine. The mag has a big teaser for its next issue that features Dead Space protagonist Isaac next to a big number two (dirty boy). A splash of teasing text reads: “One of 2010’s biggest sequels. Next issue.”

So yeah, a game we all knew was coming has had its official announcement officially announced to the surprise of nobody. I am aware of how ludicrous this is.