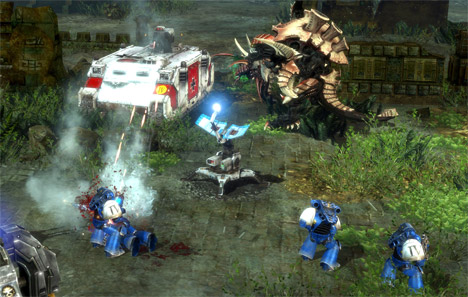 Getting antsy as we near Warhammer 40,000: Dawn of War II‘s February 23 launch date? Lucky for you, the sci-fi RTS is getting a beta in a few short weeks, and anyone willing to participate can do so.

I’m not sure how much of a selling point that last one is, but I am putting it out there anyway. So, who here wants in on this action? If you are not sure your PC is up to the task, go review the game’s system specs.