On the road again

You knew there was a Darkest Dungeon sequel on the way, right? And actually, it’s not far off — the initial release, anyway. Red Hook Studios is launching Darkest Dungeon II into early access on October 26, and as previously noted, it’s an Epic Games Store exclusive.

This likely goes without saying, but the game will eventually be playable elsewhere.

That store page is still sparse. The main thing to know is that Darkest Dungeon II is a more compact run-based roguelike strategy game — and you’re on the road with a caravan.

“[A typical DDII run] looks much like a journey up the tower in Slay the Spire or through the stars in FTL,” notes PC Gamer. “Every region is divided into branching paths, each node a battle or ruin to investigate or an encounter with survivors who need your help.”

“There’s some games where once you have the sequel there’s no reason to go back and play the original,” Red Hook co-founder Tyler Sigman told the outlet. “We wanted to do a different structure,” he said, likening the experience to “dunking the ring in Mount Doom.”

According to Game Informer, “A successful run currently looks like it will take around four hours, so it’s important to reiterate that players unlock all kinds of special things at the account level based on each journey.” 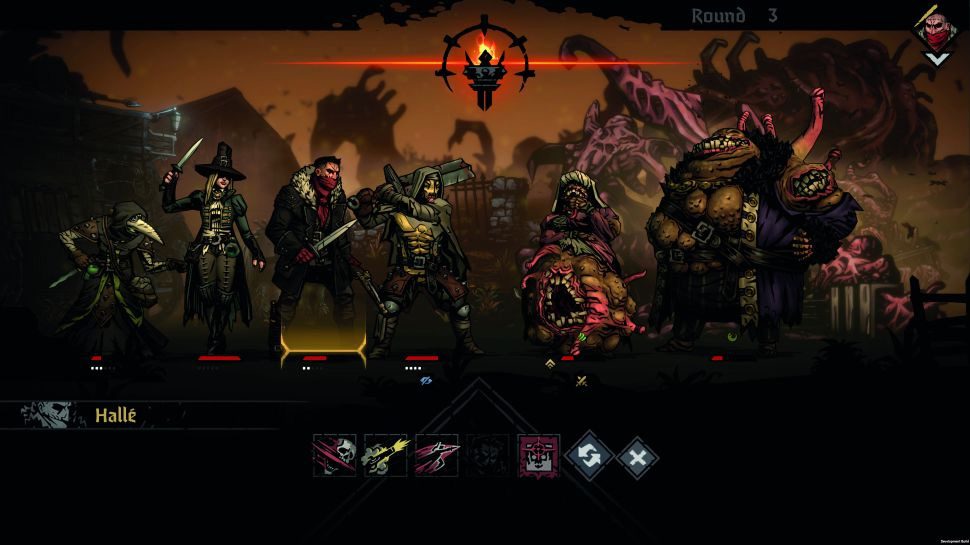 Figuring when to play an early access version of a game, if at all, can be a tough call. For those of you with an iron-clad “I’ll play it when it’s done” stance, more power to you. But sometimes, you just can’t wait. For me, it’s usually less about when to play an early access game, and more to do with how much I should play before tapping out and waiting for the final release. As one example, as much as I like it, I’ve seen enough of Rogue Legacy 2.

I can see Darkest Dungeon fans falling into a similar mindset where they want to dip their toes in because they loved (or loved to loathe) the first game, but at the same time, they’re anxious about seeing too much in an unfinished or otherwise unrefined state.

Speaking of which, there’s a lot of you out there. Red Hook recently confirmed that Darkest Dungeon has passed “five million core game units sold” as of September 2021.