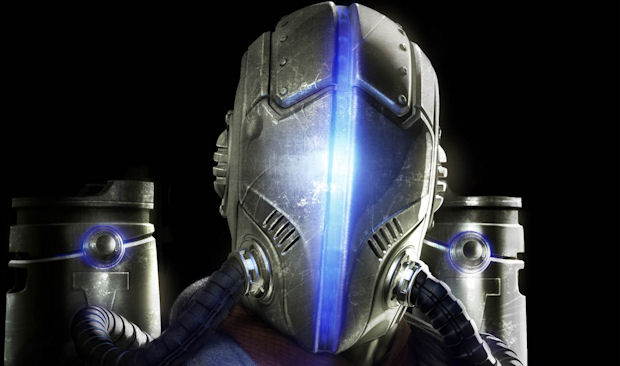 Dark Void, the jetpack-flavored action game that I kicked the sh*t out of during our review, is priming for some downloadable content. You know, just in case there wasn’t enough fantastic gameplay to go around in the full game!

The Dark Void “Survivor Missions” pack has been likened to a Horde mode, in that it puts players up against “increasingly brutal” waves of enemies. The Watcher forces will attack from both the ground and the air, so players will need to use all of Nathan Drake’s skills to survive. There will be ten rounds in all, and the whole package will cost you 400 Microsoft Points or $4.99.

In addition, a soundtrack is also being released. Both the DLC and soundtrack will launch on February 9.

Prepare for the fight of your life! All-new Dark Void™ Downloadable Content will be available for Xbox 360 and PS3 starting next week! In the Survivor Missions, relive key events from Dark Void™ as you battle waves of increasingly difficult enemy troops. Rack up massive points with score multipliers for headshots, and hijack enemy aircrafts. Fight back against the alien armada! But never forget what matters most: Survival!

The new DLC will be an arcade-esque experience where the player battles through waves of enemies on the ground and in the air while collecting points and upgrading weaponry, with the goal being to survive to Round 10 and increase best their previous high score. Xbox users will be able to download this content beginning on February 10th, 2010 for only 400 points ($5.00) and PS3 users on February 11th for $4.99.

Not only are we giving you downloadable content next week but , we are also unveiling the Dark Void Soundtrack! This original Soundtrack features 80 minutes of score hand-picked by McCreary. It also includes a special bonus track, “Theme from Dark Void ™ (Mega Version),” an 8-bit rendering of the main theme written and produced by McCreary for Capcom’s just shipped downloadable DSiWare ™ title, Dark Void ™ Zero.  Sumthing Else Music Works will be releasing the soundtracks for Dark Void, available (on CD and digitally) and Dark Void ™ Zero available (digitally) on February 9th.