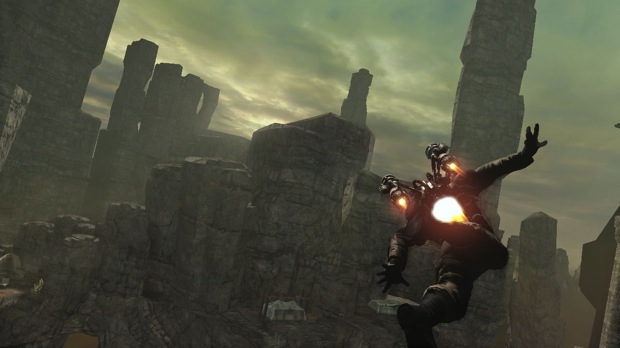 Dark Void is no longer scheduled to hit in September 2009. Earlier this morning Capcom announced that the shooter is sliding to an equally crowded Q4 in order to avoid competition — whatever competition is left — and to give developer Airtight Games the opportunity to put a few extra touches on the title. Bummer.

Here’s the official wording (via Kotaku):

Dark Void is moving into Capcom’s fiscal Q4 in order to get the game out of the crowded fall game season and to allow the development team more time to polish and enhance the game experience.

Capcom’s fiscal Q4 starts January 1, 2010 and ends on March 31, 2010 so it may be wise to fold your excitement and stick it in your back pocket for a while. Or take your glee and super focus it on Call of Duty: Modern Warfare 2. That’s what every publisher expects you to do anyway.