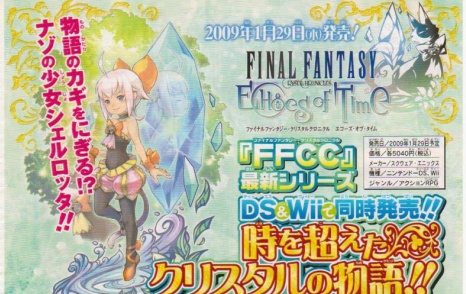 While I’ve spent a solid amount of time with the Crystal Chronicles series and ultimately decided that it’s not really my thing, I do have to admit that the games are well-made and beautiful. For fans of the series awaiting something on the Wii that isn’t a casual title, you will be happy to hear that Echoes of Time has been confirmed for a US release on both the Wii and the DS.

Both titles will be on American shelves by Spring 2009, according to Square-Enix. Between the online play and the ability to play together between the Wii and DS versions, this ought to be an interesting offering. Will you be picking this one up?