When it comes to  videogames and China, most people think of free-to-play MMOs, shady gold farming, and a definite lack of World of Warcraft. But maybe China gets a bad rap; maybe people ought to think of indie Kung Fu games instead.

YouYun Technology is an indie game studio based in Nanjing and the creators of HurricaneX2 Evolution and fourth place winners in Microsoft’s recent Dream.Build.Play competition. HurricaneX2 is, on a very basic level, a 3D beat-’em-up, but here’s the trick: “A Chinese Kung Fu practitioner has developed his own fighting game!” says creator Hu Ling.

Given that I’ve never seen anyone do a Haduken or rip out someone’s spine in real life, I have to assume that games like Street Fighter and Mortal Kombat can’t make similar boasts.

First thing’s first: HurricaneX2 looks cool. I really like the cel-shaded style and the various environments do a good job of showing off different color palettes — reds, browns, and oranges inside the various training grounds, deep blues and blacks for fighting at night.

HurricaneX2‘s gameplay is a bit harder to describe. Actually, no, it’s pretty easy to describe—you control a young Kung Fu artist in a series of challenge rooms (think Arkham Asylum) across China as he hones his skills and bests his teachers. What’s hard to describe is the certain intangible rhythm to the combat that makes Hurricane so much fun. Let’s get this out there: button mashing won’t be too helpful in this game.

Each action (attack, deflect, jump) has a pretty noticeable delay, but instead of feeling slow and clunky, HurricaneX2 emphasizes timing and anticipation over brute strength. Setting up combos and attack chains feels satisfying because no movements or actions were wasted. The best analogue might be a comparison to the combat in last year’s Prince of Persia, but that doesn’t really do HurricaneX2 justice. 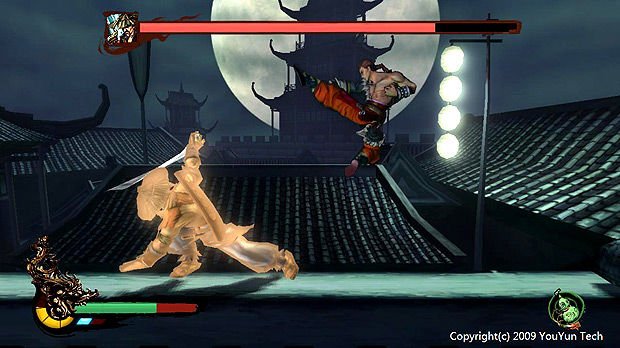 On top of basic fighting, there are some context–sensitive Quick Time Events that lead to jazzier moves such as powering up your chi, engaging in close hand-to-hand combat, or breaking down your opponent’s defenses. While most combat-oriented games use QTEs to kill enemies (like ripping off heads in God of War), these sequences in HurricaneX2 can happen at anytime, depending on the situation. Even better, you can totally ignore them and still be relatively successful. Given that you’re usually tackling half a dozen enemies at a time, there’s a lot of freedom with regards to the best way to approach any situation. And if you’re ever feeling overwhelmed, some dispatched enemies kindly drop snacks that replenish your health.

Speaking of chi (and snacks), everything about HurricaneX2 ties into some aspect of Chinese culture and philosophy. “”The game director Shan Jun is not only an enthusiastic game developer and player who loves western and Japanese action games, but also a Kung Fu and Karate practitioner,” explains Ling. “For years, he has been dreaming of making a genuine and marvelous Chinese Kung Fu action game by himself. Deeply rooted in the Chinese culture, the game is an action game inspired by the traditional Chinese philosophy.” I don’t know enough about China to test his claim, but, given that Japan is the dominant cultural force in the games industry, it’s refreshing to get a different take on things (Dynasty Warriors notwithstanding). 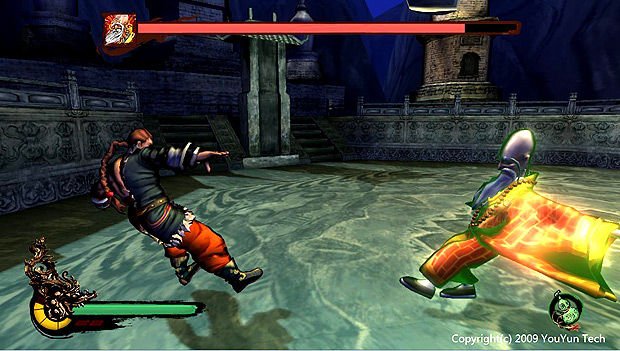 Since I didn’t get to play very far in HurricaneX2, I can’t say whether or not the later levels switch things up or introduce any new elements. However, given how fun, fluid, and polished the basic mechanics are (and how much I dig the art direction), anything more seems like icing on top of the cake. No word on platform or release date for HurrianeX2 Evolution, but rest assured that it will be hitting the Xbox Live Arcade or Indie Games channel some time soon.