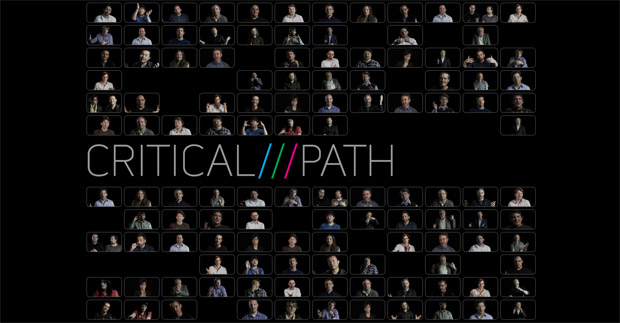 Critical Path, an upcoming documentary, is described as offering “a panoramic overview of the contemporary state of the videogame medium” that “unites luminaries from all sides of the industry as they offer insights into their craft and reflect on how the medium has come to define itself.”

A trailer has been making the rounds (autoplay warning!), and it looks promising. Currently, creator Artifact is also offering snippets of footage from the project. Interviewees include people like Warren Spector, Sid Meier, Rhianna Pratchett, Yoshinori Ono, and Nolan Bushnell.

As heavy as the description above might sound, I implore you to browse the videos and watch a few of them. You’ll surely recognize some of the big names on display, and even if you don’t, the videos cover a surprisingly diverse range of topics and have descriptive enough titles to pique your interest.