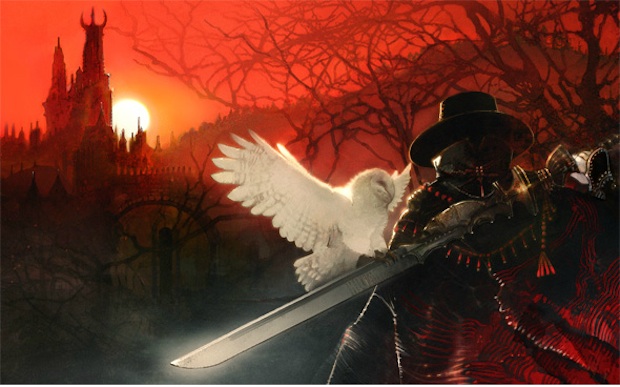 Curious about the upcoming Square Enix game that uses Epic’s Unreal Engine? It was revealed in the latest issue of Famitsu, but there’s still next to nothing in the way of details beyond what we learned yesterday.

Square Enix’s new recruitment page for the project gives us just a bit more on the game. First off, there’s some artwork for this action RPG. It features a creepy owl landing on the sword of a creepy guy overlooking a creepy landscape. Cool look, but I’m not feeling dude’s hat. Overall, it’s looking like Zorro goes to Castlevania with his creepy bird. Could be fun.

Andriasang says that they’re hiring for all positions; planners, programmers and designers. That means that they’re just in the beginning stages now. Stay tuned.