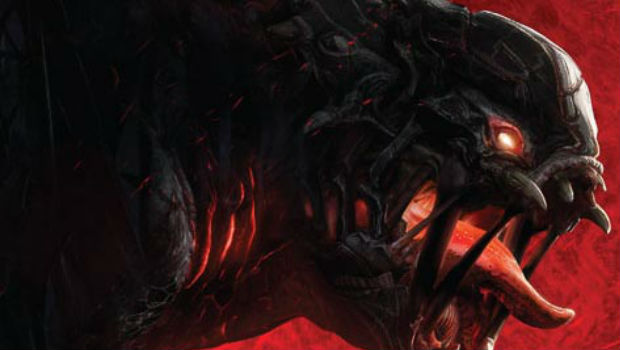 Set to release on PC, Xbox One, and PlayStation 4

Yesterday, Game Informer was teasing a big reveal by way of their February cover, and now, we know that it’s Turtle Rock Studios’ next project — Evolve. Coming from the team who brought you Left 4 Dead, Evolve is being published by 2K Games, and is set to drop on PC, Xbox One, and the PS4 this fall.

It’s apparently a four player sci-fi shooter where four “alien hunters” battle a player controlled alien that grows in strength as the match goes on. Unlike Left 4 Dead, each hunter will have its own unique set of skills, and the game is planned to support a massive amount of replay factor.

More and more current-gen exclusives are starting to roll out, and I can’t wait to see how Evolve‘s multiplayer mode pans out. It sounds interesting, and if the monster can really grow to Kaiju size like the cover implies, it could be really interesting.