Don’t fuck with a witch

Welcome to Community Replay! Instead of offering up our usual Bloggers Wanted idea, which is a prompt to get you started, the Community Replay focuses on a specific game or game series in order to get you to talk about anything related to a beloved franchise. You can talk about its mind-blowing story, how much better its mechanics are than comparable games, obscure and debatable themes, or whatever else you want.

This month’s Community Replay is about Platinum Games’ flagship franchise, Bayonetta! With her introduction in Smash Bros. and Platinum working on the highly anticipated Teenage Mutant Ninja Turtles: Mutants in Manhattan, it’s time to brush up on one of the best character-action games of the past five years. The announcement of a new game is always an exciting thing, since Platinum usually promises and delivers on a few key aspects: blazing fast action at a steady 60 FPS, bombastic and over-the-top set pieces, and an easy to pick up combat system that will test the limits of how you improve yourself. Many of Platinum’s games are well received examples of the oft-misconstrued character-action genre such as Metal Gear Rising: Revengeance, Transformers: Devastation, and Wonderful 101 to name a few. But Platinum was arguably put on the map thanks to Bayonetta. 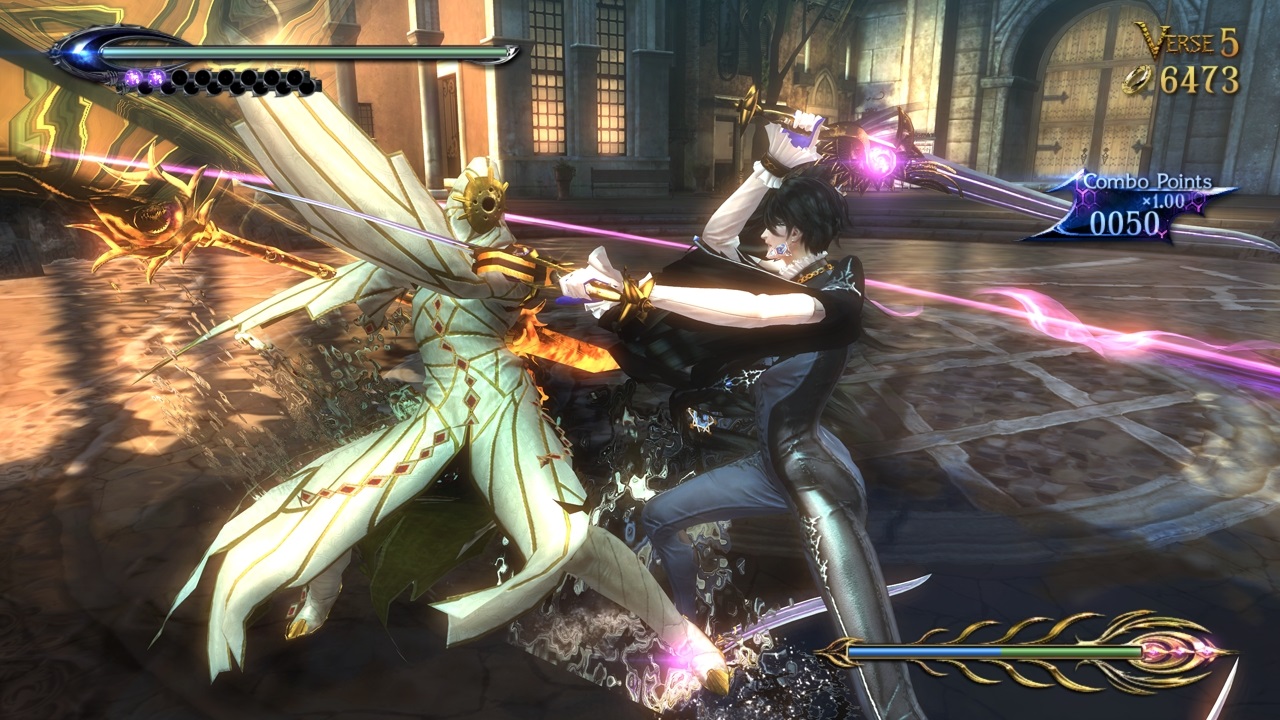 The last Umbran witch, who’s contracted to the demons of Inferno to hunt down the angels of Paradiso with her signature four gun setup (Scarborough Fair first, Love Is Blue afterwards). How else do you establish just where the action in your game is heading then by holding two guns in two hands and shooting two guns from two feet? While many say the story is convoluted, I always say why bother wrapping your head around it when you can simply enjoy the spectacle of traveling to Hell to personally drag your friend’s soul back to her body and beating the demon holding said soul so mercilessly that you turn it into a pair of thorn whips?

Get to blogging whatever your experiences and insights are and be sure to use “Bayonetta: [Your title here]” in your blog title. Additionally, be sure to apply “Community Replay” in the tags so I can round up these blogs easily.

As for next month’s prompt, we’ll be going with a diverse selection of shooters for you to pick up on, partially in celebration of Doom‘s anniversary. Do you want to talk about Doom‘s legendary atmosphere and horror, GoldenEye/Perfect Dark‘s multiplayer shenanigans, or Halo‘s crazy lore and arena shootouts? Vote for next month and write for this month! Enjoy yourself some Bayo!