If SOPA gets passed, at least I know it won’t affect my Public Domain ingredients only soup website: That thing’s just about soup.

[Many thanks to LawofThermalDynamics for his contributions this week.]

Sean: From Talking to Women about Videogames: Why am I doing this?

Law: True story. I once saw Jonathan Holmes give a blind man sight.

Law: From The Question: Is Metal Gear Solid 5 necessary?

Law: I think we’ve all had high school health ed and it clearly stated that in order to be alive one requires food, shelter, sleep, and videogames.

Sean: I once killed a logician, just to empirically verify that he would die.

Law: From What kids want this Holiday: iOS devices, 3DS and Kinect

Law: Remember the stupid stuff we wanted as kids gents? I wanted [deleted]

Sean: I want all that stuff Batman has. Except the dead parents. I’m happy with alive parents.

Law: Fun? Who the hell plays videogames for fun? Am I right guys?

Sean: I play them just to keep from constantly touching myself. 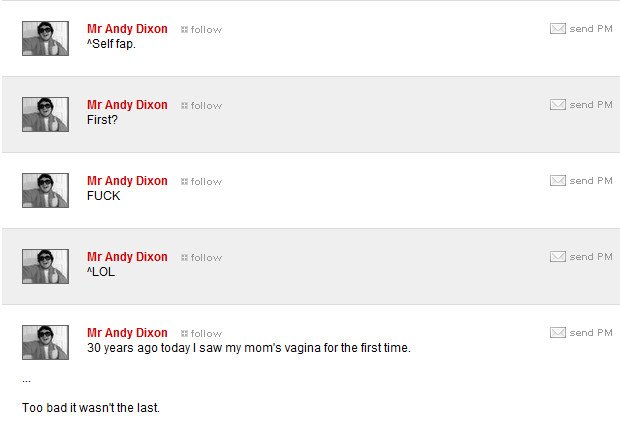 Sean: Many happy returns to M Randy Dixon, who now begins his descent into senility and adult diapers. *salutes*

Law: Hahahaha he’s already fapping in public. It won’t be long until he starts saying racist things in post offices. 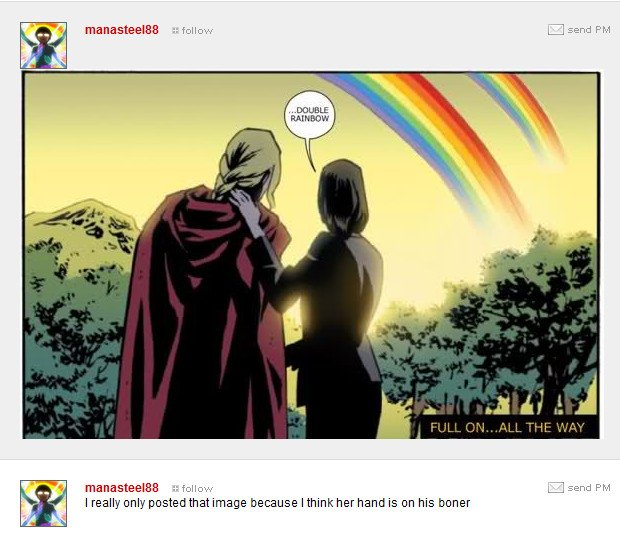 Sean: Getting a hand job in a park by a businesswoman while dressed as Thor and staring at a double rainbow? That’s one for my Bucket List.

Sean: From Escape From Dogshit Island 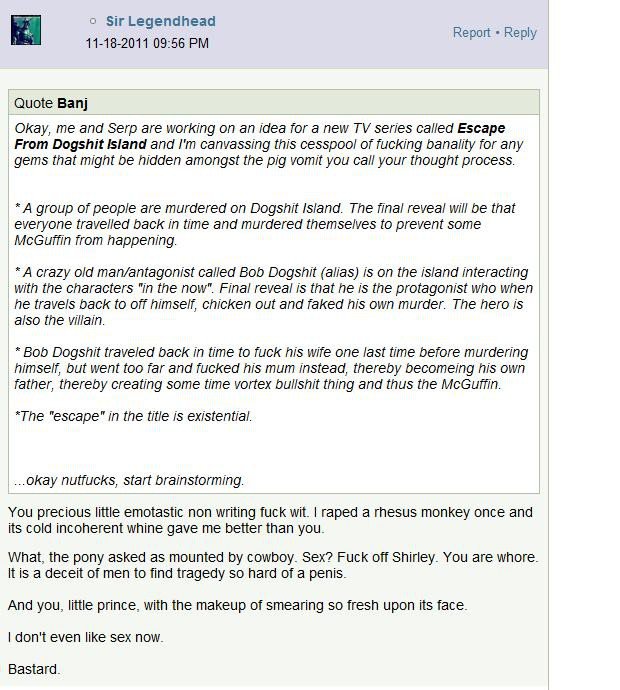 Sean: The twist? There’s no dogshit on Dogshit Island.

Law: Double twist: The only shit on the island belongs to the deadliest of all creatures…Man.

Sean: Can I get a FUS ROH DAH?

Law: From PSN DRM: Try remote deactivation of all your PS systems

Law: I believe this person is trying to make us aware of his status as an awesome person.

Sean: What a charming, affable fellow.

Sean: From Jimmy Fallon does NOT deserve that Link on Epona statue

Sean: If they give out Link on Epona statues for Crazy, I’d agree that you definitely deserve one.

Law: I disagree that getting a tattoo is crazy. You shine on you crazy diamond!

Sean: Ugh…fair enough. This one’s for you, Crazy Man:

Law: From Trolololol PSN will be down all tomorrow

Law: Sarcasm? I don’t know but Ahahaha I’m laughing at your anger which may or may not be fake due to the exaggerated nature of your inflammatory comment.

Sean: Sarcasm is hard to pull off; even with stage directions related to gory suicide. 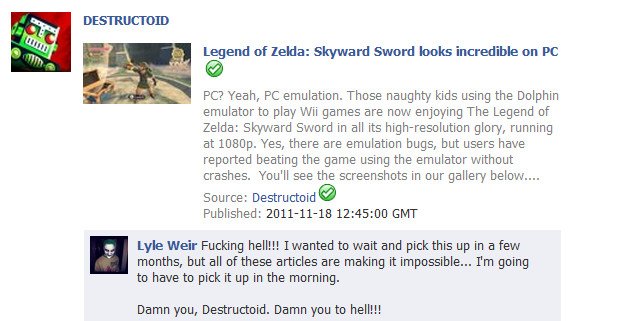 Sean: Here we are, blogging about videogames, little realising the people out there, like Lyle, on the ragged edge; playing games based on recommendations, enjoying some, and not enjoying others.

“Sir Poopface is a fountain of Wisdom!” -Aurain [aka The Bear King]

From What you love about the internet

That’s all we have time for today. Join us next week, except if the internet disappears of course.