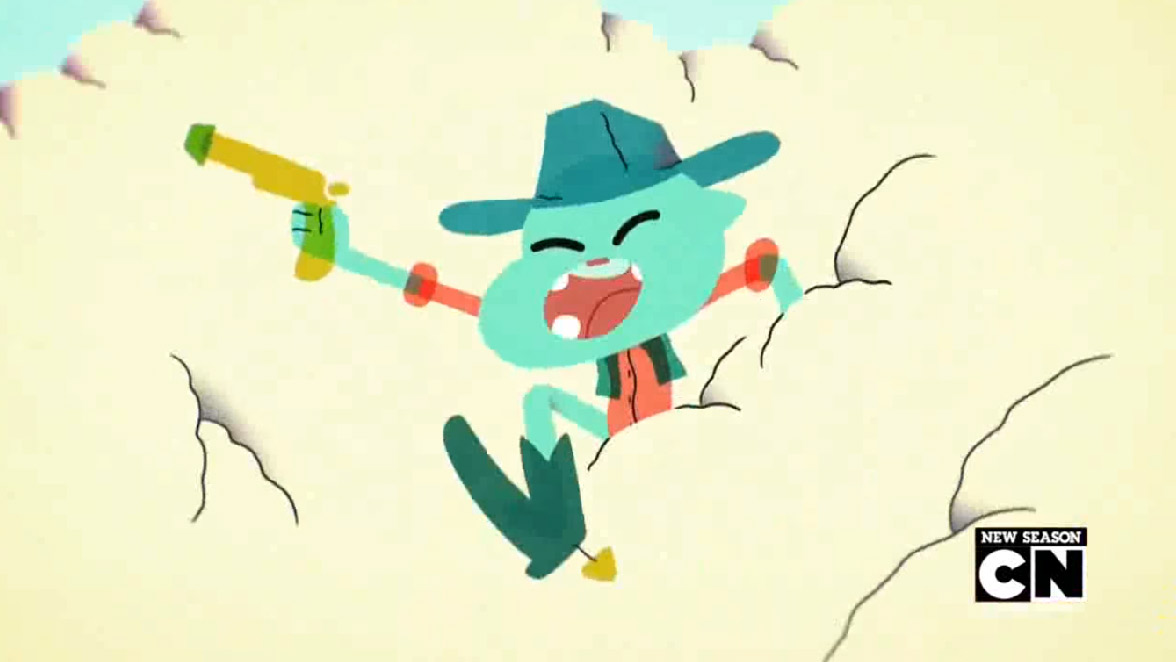 Did someone say Comments of the Week? No? Well, I just did, so screw you.

Well, that’s not technically true… I could totally feature all MY comments (because, really, who doesn’t love my witty sense of deadpan, sardonic humor?)… but too much of a good thing is bad for you, so I’ll have to limit your consumption of me for your own good. As always, comments are categorized into three separate sections:

TRUTH: King Henry VIII slept with a gigantic axe besides him.

LOL: I slept with a gigantic axe besides me too!

If you missed last week’s edition, and you want to see how I look one week younger, then why don’t you click on this link right here and bask in the glory that is me, but one week younger. 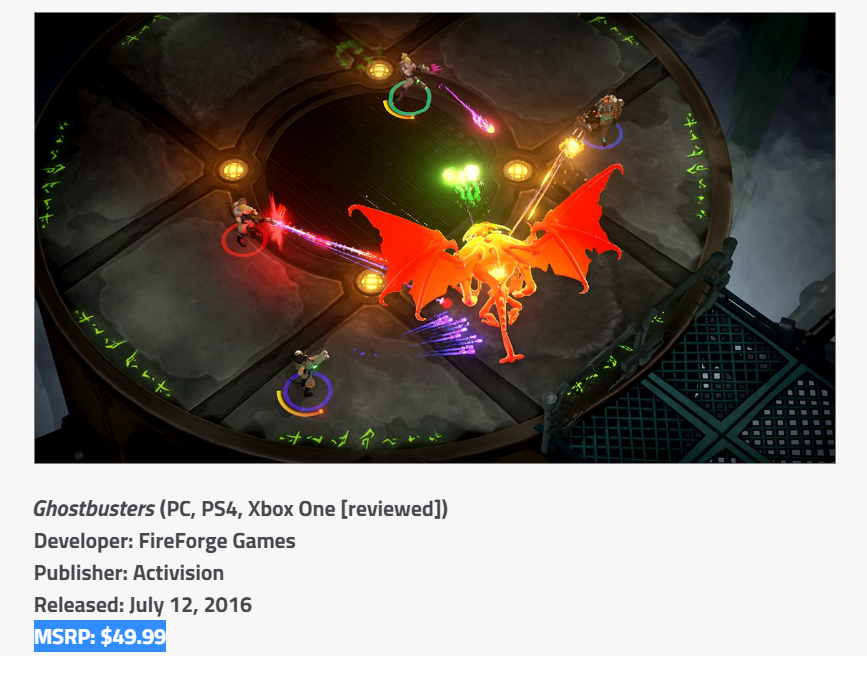 Dreamweaver: I swear I said this about a cheap-looking hooker once.

Dreamweaver: His story checks out. Alright, let’s ask Chris Carter if he’s Jed. I never did trust him.

Dreamweaver: Dammit, was Randy Pitchford not clear the first time? 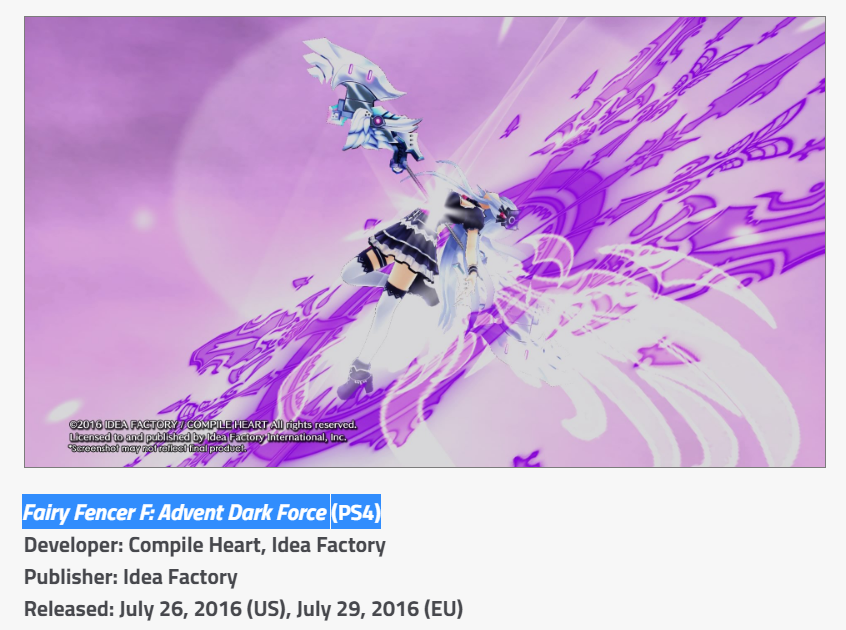 From Berserk Warriors delayed in Japan 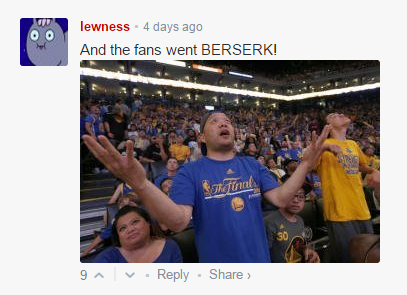 (I always wanted to sneak an Eminem reference in here somehow.)

Dreamweaver: I got a short-range McCree, if you know what I mean.

From Pokemon Go’s ‘Plus’ accessory has been delayed until September

From We Happy Few puts a new face on survival, but it’s not ready for its close-up yet 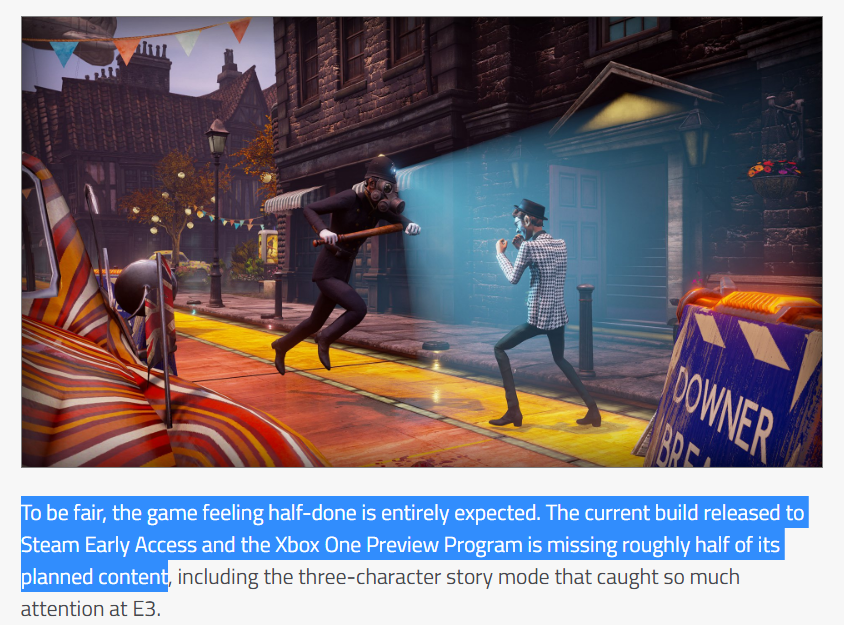 Dreamweaver: What I say about bacon.

Dreamweaver: I’m guessing Konami, since they gave him the axe. GET IT?

Dreamweaver: So people also name their sex moves and yell it out loud before they do it?

From Oh hey, the original Darksiders is coming to current-gen consoles too 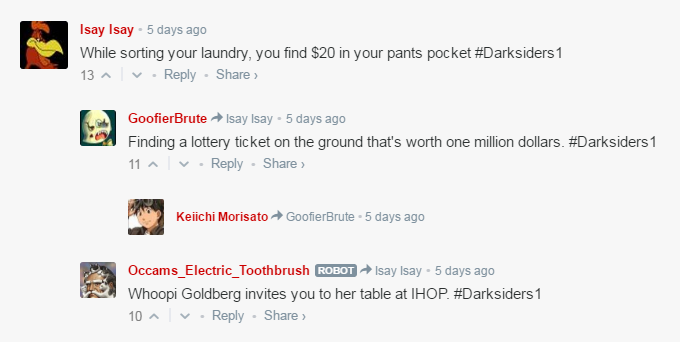 Dreamweaver: This is going to catch on.

From (Update) Darksiders: Warmastered Edition will be 60fps on everything but Wii U 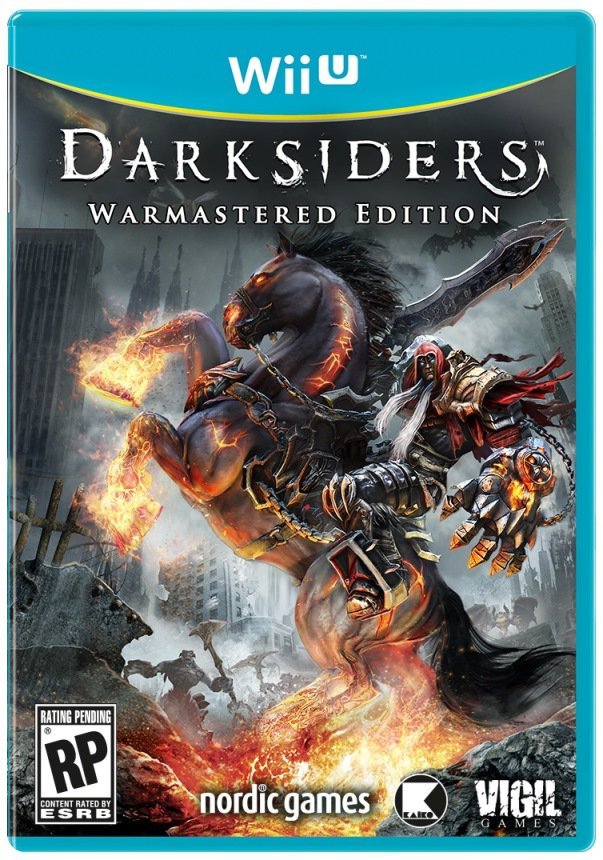 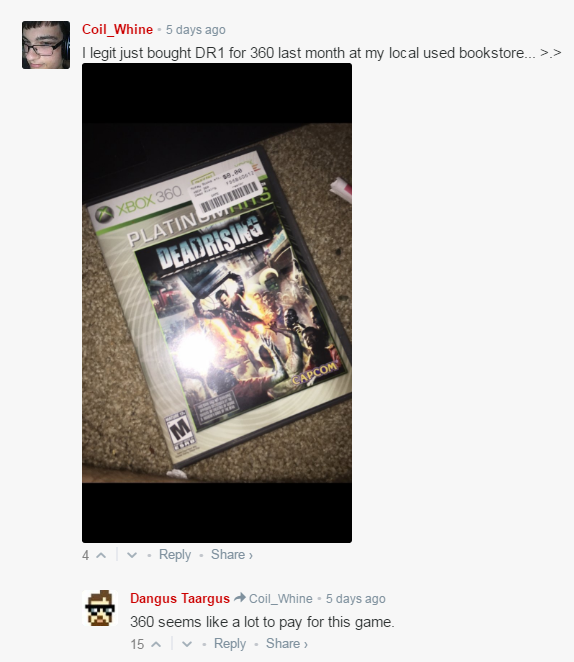 Dreamweaver: The real joke here is who buys games at a bookstore? 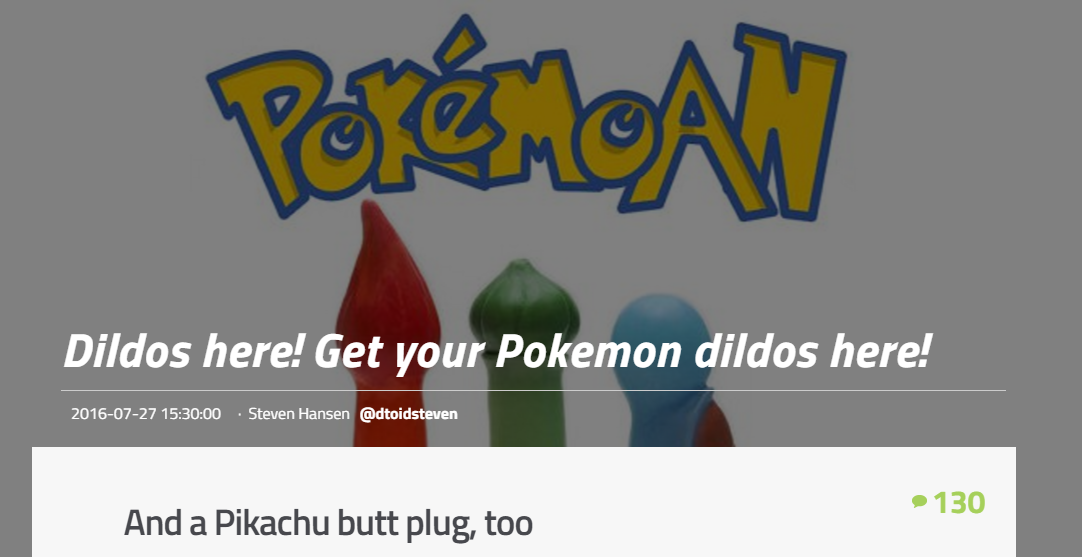 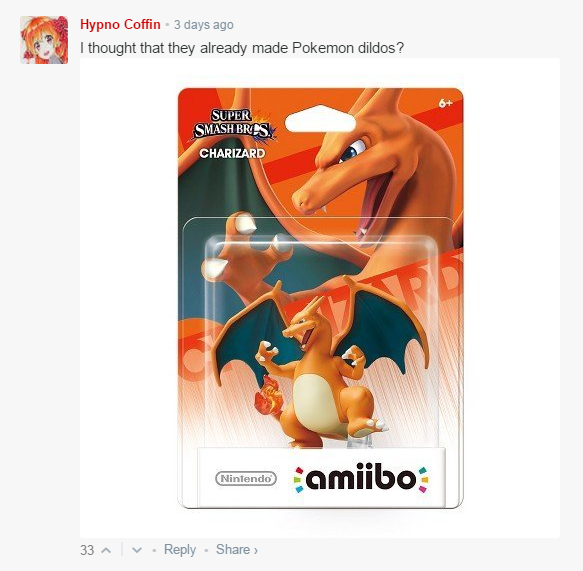 Dreamweaver: I understood that reference. 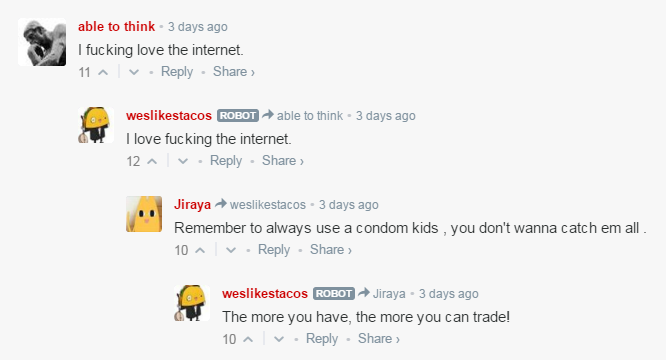 Dreamweaver: Everyone knows sharing is caring.

From Welp, someone maxed out their trainer level in Pokemon Go

Dreamweaver: …We’re supposed to be born with two?

From Along with the portable console hybrid rumors, the Nintendo NX might play smartphone games too

Dreamweaver: Are we sure it’s not a grain of sugar?

From Would you pay $150 for a Snorlax bean bag chair?

Dreamweaver: …I think he just invented a creative way to sell sex slaves.

“Comes with everything you see here.” Wink wink.

From Someone made a custom mini NES that takes cartridges 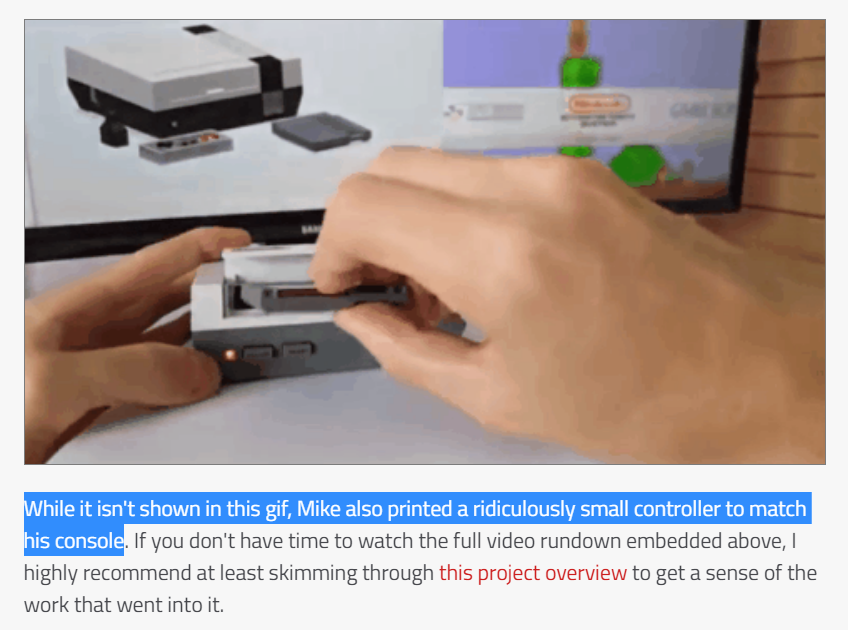 Dreamweaver: They will beat your ass in Ant Simulator.

From Wii had a problem, and now it’s Vive’s turn

Dreamweaver: Just use virtual reality to pretend she’s still with you.

From Nintendo’s NX allegedly has detachable controllers, is a portable console

From Review: This is the Police 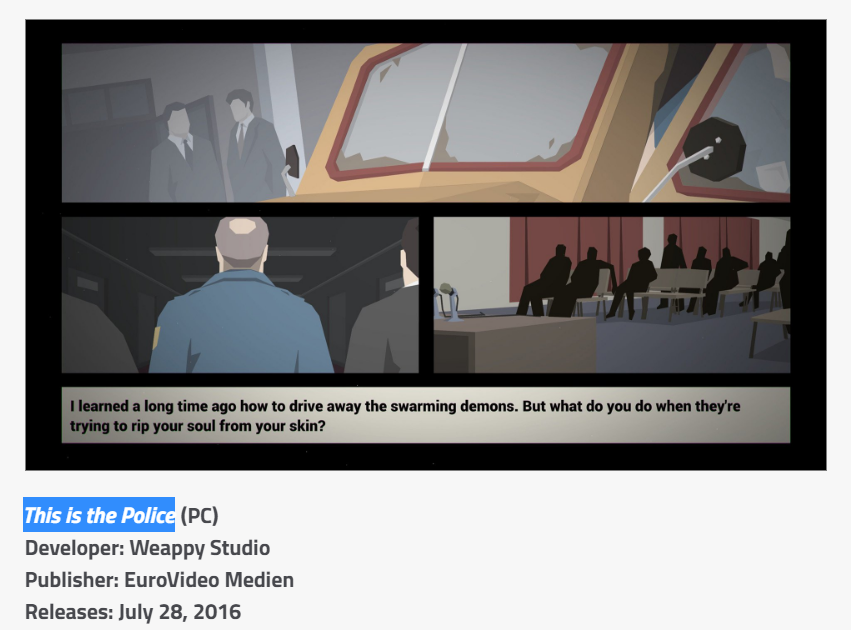 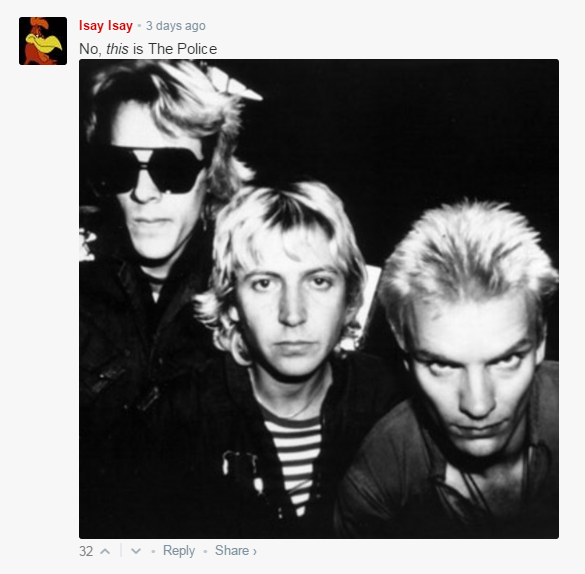 Dreamweaver: So I should call them when my ex comes to my house with a knife?

Sounds risky, but if they’re the police…

From Batman: A Telltale Games Series is trying a vote-based multiplayer mechanic

Dreamweaver: Wait, what does Bruce Wayne have to do with Batman?

From Ghost in the Shell Online has a confusing full title, and potential 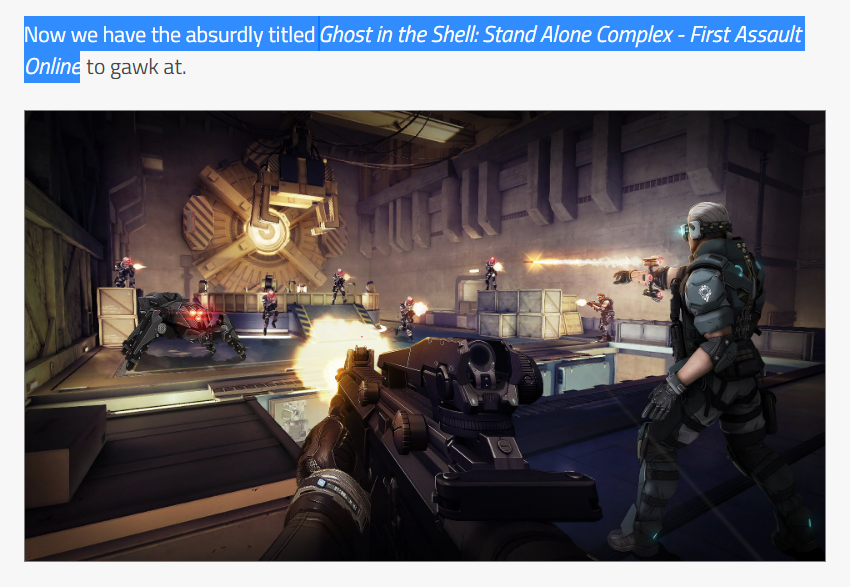 Dreamweaver: Dammit, do we need Randy Pitchford to spell it out for you?

Dreamweaver: Then give them a gun! It worked for Conker.

From The worst games we’ve been forced to play

From If you don’t sign into Xbox Live every five years, you lose your Gamertag

Dreamweaver: Alright everyone, be on the lookout for MICR. If only we had more information to go on…

And that’s it for this edition! But please, keep looking at this handsome mug for as long as you want. Who am I to deny you that right?

Filed under... #comments of the week#Promoted Blogs