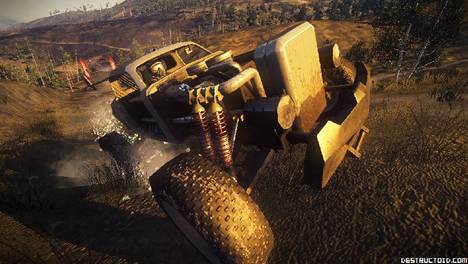 Codemasters was kind enough to send us some fancy “pre-alpha” screenshots of their upcoming multi-terrain racer, Fuel.

Yup, another one-word-titled racing game, Fuel is said to feature the largest “level” every created in a racing game of its type. Codies is promising over 5,000 square miles of open-ended environments, along with full day/night cycles and a weather system that will bring rain, tornadoes, sandstorms, and … blizzards?

As long as we don’t get the game confused with the 13 other off-road racing games with one word as its title, our attention is in the hands of Codemasters — the game does sound good on paper. The Asobo Studios developed Fuel is set to hit the PlayStation 3, Xbox 360, and PC in 2009.