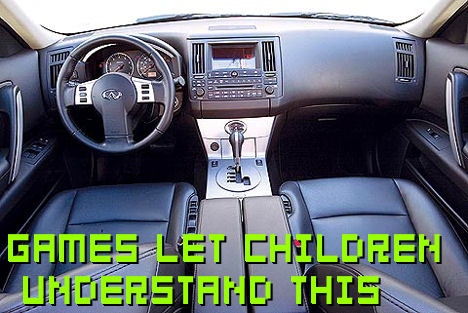 Pure hilarity coming out of Muncie today. A 7-year old stole his grandfather’s SUV and drove it around town before finally crashing the vehicle at an Outback Steakhouse. 43-year old Matthew Sands followed the red Geo Tracker down Dr. Martin Luther King Boulevard after noting that he was “awful small to be driving.”

The boy eventually stopped at the steak house after Sands blocked his path and the pint-sized joyrider had no option but to crash into a tree. When Sands got out of his car to deal with the child, he suffered a final act of revenge as the boy reversed right into Sands’ car.

Police are speculating that the boy learned to drive for over a mile from a PlayStation videogame.

I don’t even need to go into how retarded that is.