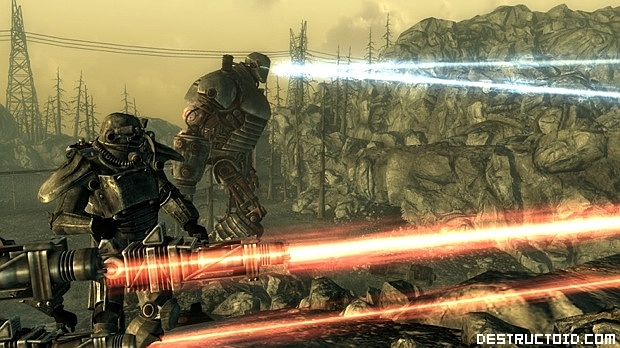 You can make a pretty convincing argument that Bethesda third Fallout 3 expansion, “Broken Steel,” should have been the first. It expands the original story line, allowing you to travel the Wastelands beyond the silly conclusion. It also increases the level cap from 20 to 30, successfully giving you a reason to keep playing and exploring.

Wouldn’t “Project: Anchorage” and “The Pitt” rocked much harder if you were gaining something in the process of playing? Meaningful experience points rock.

Anyway, Bethesda dropped some new screenshots of Broken Steel earlier this morning. They don’t show anything jaw dropping, but they’re pretty to look at and serve as a good reminder that the expansion hits Xbox Live Marketplace and PC on May 5. It’ll be nice to return to the Wastelands and get something out of it.