If there were two things we saw too much of at this year’s CES it’s third-party music game peripherals and 3D gaming and movies. It was everywhere. And apparently, it’s the future.

NVIDIA had their flavor of 3D gaming on display, the GeFORCE 3D Vision. The stereoscopic 3D is achieved by a combination of NVIDIA’s wireless 3D shades, a compatibile GeForce video card, and a “GeForce 3D Vision-Ready” display. NVIDIA has a number of games on display that utilized the technology, including Guitar Hero III, Tomb Raider Undeworld, Left 4 Dead, Mirror’s Edge, and even World of Warcraft.

Impressions after the jump. 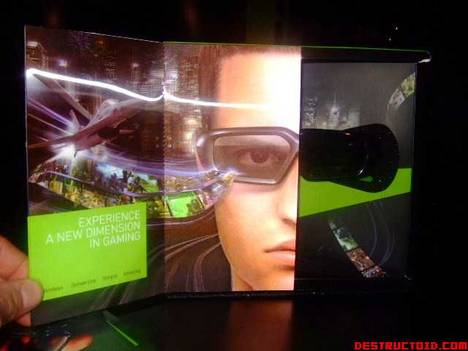 I had a chance to test drive the set up in both Guitar Hero III and Mirror’s Edge and was impressed with the effect, which did an excellent job of tricking my brain into perceiving depth. The glasses were light weight, and even managed to fit comfortably over the glasses I was wearing on the show floor because I was too lazy to put in my contacts.

In the case of Guitar Hero III, the 3D effect was most noticeable behind the note highway — the characters on stage and the crowd popped quite nicely. It that case, the experience didn’t necessarily have any impact on gameplay or the overall experience. Mirror’s Edge was a different story, and the sense of speed and feeling of truly being a part of the environment was amplified with the added 3D depth.

NVIDIA’s 3D Vision hardware is available for pre-order now, and is compatible with a huge list of existing games which is listed on the official product Web site. Thich seems to indicate that developers have very little if any work, if any, to play nice with the technology. 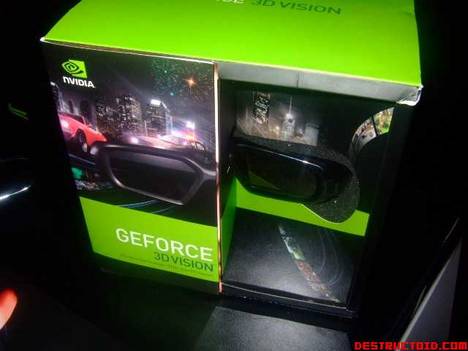 If this year’s CES is any indication, the industry seems to think that 3D entertainment is set to take off big. It’s certainly impressive, and despite the fact that I’m slightly worried about it causing me to have awful migraines, I’m ready to let it in my home … for the right price. I’m just not ready to toss out my old hardware and max out my credit cards just yet.