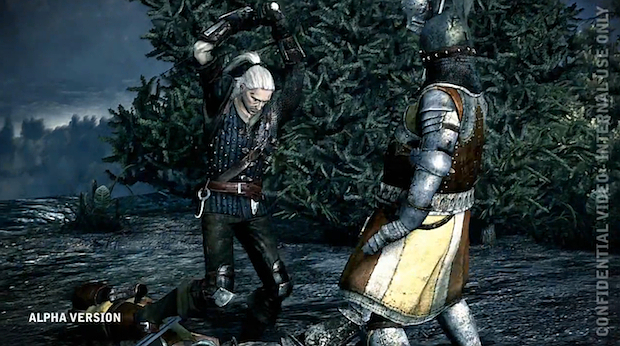 Polish developer CD Projekt RED wants to put The Witcher 2: Assassin of Kings on consoles. In a post-leak interview with GRY-OnLine, game senior producer Tomas Gop confirmed the rumors and speculation of a possible console release by revealing the developer’s goal. “Although PC is a certain choice we made regarding platforms for The Witcher 2,” he said, “we also want to release the console version.”

Gop added later that the game would not be released soon. The studio is still deep in development, and more importantly, without a publisher if that leaked video was any indication of current events.

“However, please do not expect the game too soon,” said Gop. “The Witcher 2 is still deeply in the development stage and as it is huge and complex, there are still many, many hours of work in front of us.”

The Witcher is a tremendous RPG and it’s a shame that the console version — dubbed “Rise of the White Wolf” — was cancelled (or “frozen,” or whatever). We’ll keep our fingers crossed that this The Witcher title (a) hits retail and (b) graces store shelves outside of the PC section.