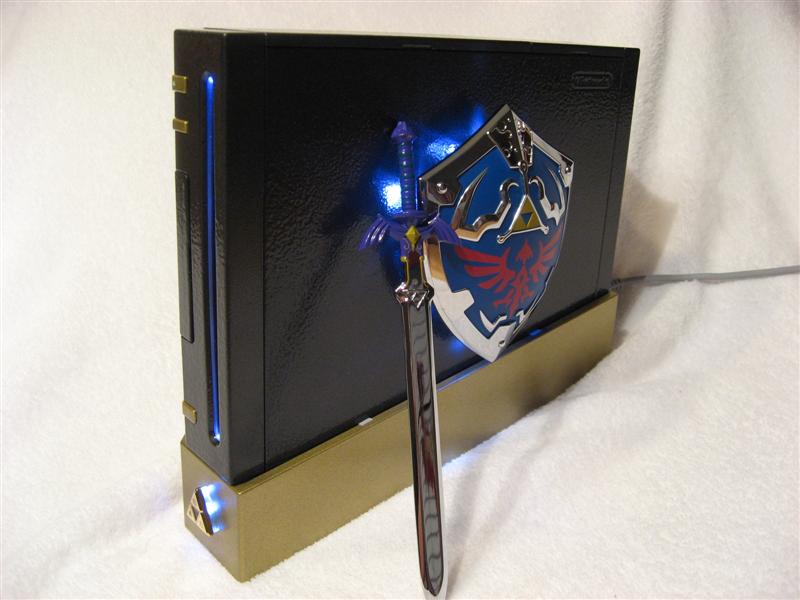 While the rest of the crew is doing PCP and contracting STDs, some of us are saving the chilluns. Want to get down with Dtoid’s puritanical side? Then head over to eBay and bid on this Zelda-inspired Wii mod.

The bedazzled Wii is the result of 40 hours worth of arts, crafts, tomfoolery, and electric voodoo, and features lots of backlit LED triforce-thingies, and a sword. That’s right, chumps, a sword! The Master Sword and Hylian Shield are from a collector’s edition Twilight Princess soundtrack, which is generously included (along with Wii Sports and a Wii-mote).

More importantly, a portion of the proceeds go the Penny Arcade’s Child’s Play. The charity focuses on using the gaming community to raise money for books, toys, and video games for terminally ill and hospitalized children. Earlier this year, Child’s Play broke the $1 million mark, and shows no signs of slowing down.

So, get a jump on the Christmas spirit and bid on this bad boy, if only to inflate the price for somebody else with deep pockets. The auction ends March 25.

[Update: It seems like the original auction didn’t comply with eBay’s charity standards, so it’s been relisted here.]