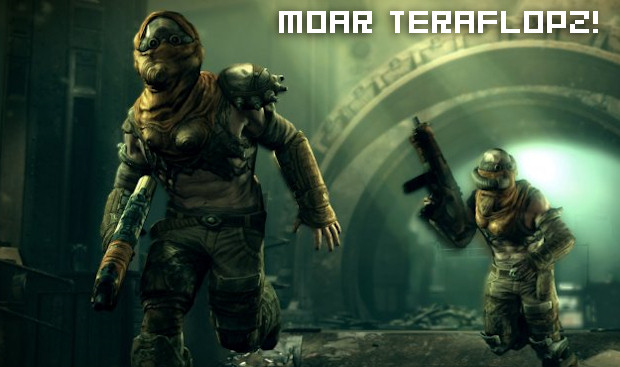 It seems certain that this generation will be one of the longest we’ve ever seen. Platform holders are happy with their products, and game developers don’t want their budgets even more bloated. id’s John Carmack has added his own two cents, claiming in addition that hardware is hitting a wall, in terms of how much it can actually do.

“We talk about these absurd things like how many teraflops of processing and memory that are going into our game machines,” explains Carmack. “It’s great and there’s going to be at least another generation like that, although interestingly we are coasting towards some fundamental physical limits on things. We’ve already hit the megahertz wall and eventually there’s going to be a power density wall from which you won’t get more processing out there …

“As developers, we would really like to see this generation stretch as long as possible. We’d like to see it be quite a few more years before the next gen console comes out, but I suspect one will end up shipping something earlier rather than later.”

Maybe if this generation lasts long enough, people will stop using the stupid term “next gen” to describe everything.