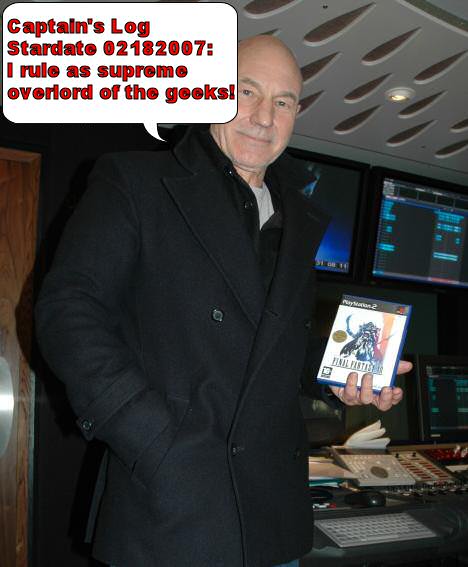 Star Trek: The Next Generation rules. Admit it … you agree with me on this one.

So the fact that Patrick “Jean Luc Picard” Stewart will be the new voice of the UK and Australia Final Fantasy XII TV ads means that those ads will rule by mere association.

When we first saw the incredible visuals for Final Fantasy XII, we knew we wanted an incredible voice that would match them. As our first and only choice, we’re thrilled that Patrick Stewart has provided the voiceover for the Final Fantasy XII television campaign in the UK and Australia.

Too bad we aren’t getting these wicked commercials in North America. I guess we’ll just have to wait for them to appear on YouTube tomorrow. Make it so, number one.