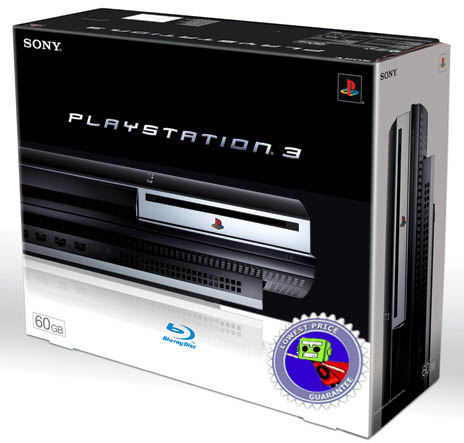 With all this talk of an expected Microsoft Xbox 360 price drop, some might have been waiting to hear something from their competition. Of course, I don’t think that any right-minded gamer would expect Nintendo to drop Wii prices, but maybe Sony?

Of course not! According to SmartMoney, Sony’s Chief Financial Officer Nobuyuki Oneda isn’t having it.

“Our strategy is not to sell more quantity for PS3 but to concentrate on profitability,” Oneda told investors at a Nomura Asia Equity forum in Singapore.

“Our plan is not to reduce the price.”

And why should they? If you ask me, Sony is on the way up… finally. Destructoid community blogger superhobo has an interesting take:

Fair f*cks to them! They are absolutely right in taking this position, they have taken far too much of a loss already this generation, and I think that the apparent decision to focus on the more “hardcore” gamers that they already have will stand to them in the long run. While I can understand where Microsoft is coming from, and if they feel that they can still make a profit with the upcoming reduced price then fair play to them, I can’t help but feel that Microsoft is grasping for straws here. This is all the more apparent when we consider the apparently upcoming Avatars and Motion Controller for 360. I mean come on MS, you’re not going to beat Wii at it’s own game: for once take a que from Sony and stick to what you do best.

If you ask me, I think that if Sony sticks to their guns and has a good E3, they’ll be doing fine by this holiday season. What do you think?

[Via GamesIndustry — Thanks, Billy]