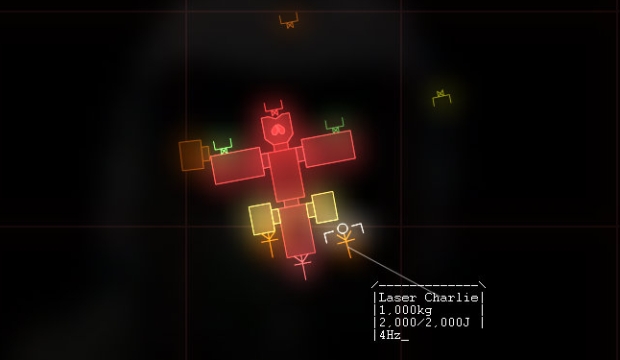 Farbs — you know, the guy who made ROM CHECK FAIL and quit his job at 2K Australia by making a game — recently released his newest work, Captain Forever. Well, sort of.

It’s in a “prelaunch” phase, which primarily means two things: firstly, that it’s five bucks cheaper than its eventual launch price of $20 and secondly, while you’ll technically be given access to a slightly less complete version than what will eventually launch sometime in the future, one prelaunch purchase entitles you to every single subsequent version of the game. And if his homepage is to be believed, there’ll be quite a few additions to the game as time goes on (oh god multiplayer yes put it in my mouth).

The game itself revolves around flying around, blowing sections off enemy ships and attaching them to your own. It’s tremendously gratifying to start off as a teeny little configuration of a two or three girders and engines, slowly destroying assimilating every enemy ship in your path until you turn yourself into something like this.

Granted, it does feel somewhat prelaunch in some respects — after you’ve upgraded to Delta parts, every ship in the entire universe seemingly wants to hunt down kill You And Only You, which can get really goddamn frustrating — but it’s still a damned addictive and imaginative piece of work. You can buy it here, if you’re so inclined.