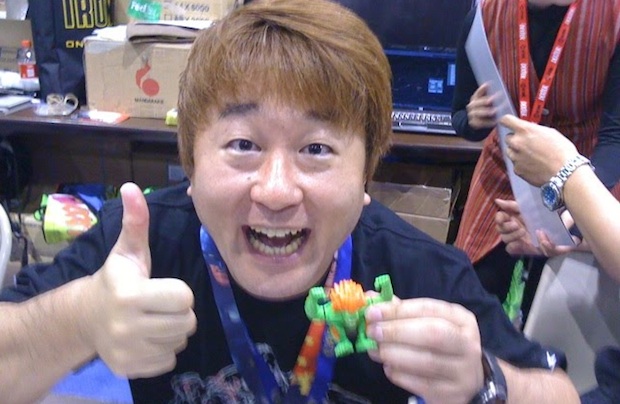 Apparently some game devs have been whining about the Nintendo 3DS. No names are mentioned, but it was enough to piss a high-profile game maker off. Capcom’s Yoshinori Ono is not having it. He’s  all about the 3DS and the power under its hood, so much so that he said that he “went over the moon three times because of the 3D vision, hardware spec and the extensive network functions.”

He really likes the system!

I’ve heard some pessimistic comments on 3DS capabilities before the launch from some game creators but they obviously have not seen Super Street Fighter IV 3D or Resident Evil games on the 3DS.

And then, some self-props and a slam:

With Super Street Fighter IV 3D you will see the best yet graphics on a handheld with specially tuned shaders and effects. I also think those game creators should stop slacking and just start making good games rather than whine about the tools given!

I’m with GoNintendo. I’d love to hear who was trash talking the 3DS.