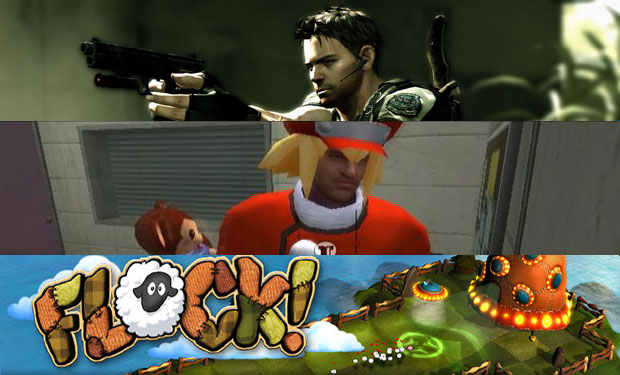 We’re almost a week into the new year, and I’m still not used to it. I’m still writing “09” on stuff on a regular basis. Although 2009 is definitely over, I still feel like 2010 hasn’t really started yet. Straddling the line between two years can be uncomfortable.

What better way to reduce the chafing than to talk with Seth Killian, Capcom-fan-turned-Capcom-bigwig? Looking back on Capcom games gone by, and Capcom games to come, always does the mind and body good.

Hit the jump to hear Seth discuss the best and worst Capcom moments in 2009, and a few hints at unannounced games for 2010.

First off, I wanted to know what Seth thought the highs, lows, and grey areas for Capcom were in 2009. Keep in mind, I did tell him ahead of time that any bad news about the sales of Dead Rising: Chop Till You Drop would be met with tears and/or the old “fingers in the ears na na na na na I’m not listening I’m not listening” routine.

Not at all fazed by my strange behavior, Seth beamed: “SFIV and Resident Evil 5 were definitely two highlights. Street Fighter II and Resident Evil basically created their own genres when they first came out, so it’s really gratifying to see that they’re still at the head of the class. Obviously Street Fighter IV was a big personal highlight. The fighting game community has been a huge part of my life from long before I started actually working at Capcom, so to be able to work from the inside to make a great game and throw awesome parties for it was like a dream come true.”

As for moments that didn’t quite hit or miss, Seth was a little more obtuse, but he did throw me a bone. “I’m preaching to the choir on this one, but Dead Rising: Chop Till You Drop definitely got a bad rap. If you stop counting the number of zombies on the screen and just play, you’ll have some fun. People couldn’t help comparing it to the X360 game, which I can understand, but it did okay at retail, so I’d put this in a grey area.” 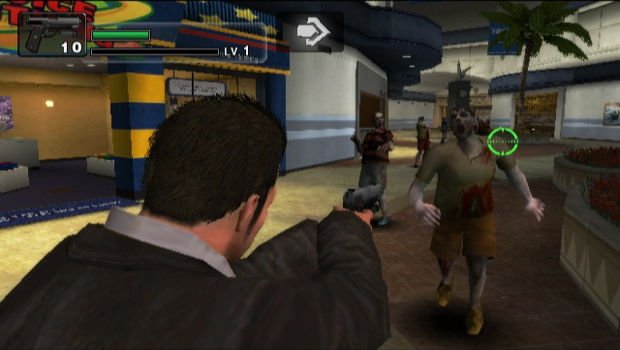 So Dead Rising: Chop Till You Drop wasn’t a flop at retail, nor was it low moment for Capcom. Amazing. So what was? What was the low moment for Capcom in 2009? Was Seth even going to tell me, or was the infamous “we’re proud of all our titles” talk-block about to be put into play?

I shouldn’t have doubted Seth. Without a hint of PR speak, he stated, “Games like Flock! were a low for me, just because I thought it had so many fun ideas (and even won a BAFTA), but didn’t really find its audience. I love action/puzzle games like Lemmings or Lode Runner, and Flock! also has really great level-creation tools, so it’s fun for a long time after you beat all the levels it comes with, but it didn’t seem to catch on. Launching a new IP is always hard. Maybe we should swap out the sheep for zombies?”

I’m not going to make some ridiculous generalization here and say that “lighthearted, fun-focused games don’t sell on XBLA,” because that would be laughably silly. Still, knowing that Flock! didn’t do as well as Capcom had hoped had me a bit worried. With 2009 over, what would Capcom be working on for 2010? Would they we be getting more retro revivals and remakes? How about new IP, hardcore Wii games, and motion-controlled PS3/360 games?

Seth rattled off this next part pretty swiftly. “Yes, yes, yes, maybe? and — I think — yes.” So yes to retro revivals, yes to remakes, yes to new IP, maybe to hardcore (whatever that means) Wii games, and mostly-yes to motion controlled PS3/360 games. What? Before I got a chance to get more, Seth continued, saying that “there are some very cool rumblings in the motion control department, something awesome that I think nobody will see coming. It certainly surprised me, and was so good that even after someone drank the last of the coffee and didn’t start a new pot I still thought, ‘This is a really rad company sometimes.’ ”

Cool rumblings? Is that some sort of coded hint at a new Natal-controlled bob sledding game starring a CG recreation of Doug E. Doug? I can only hope. 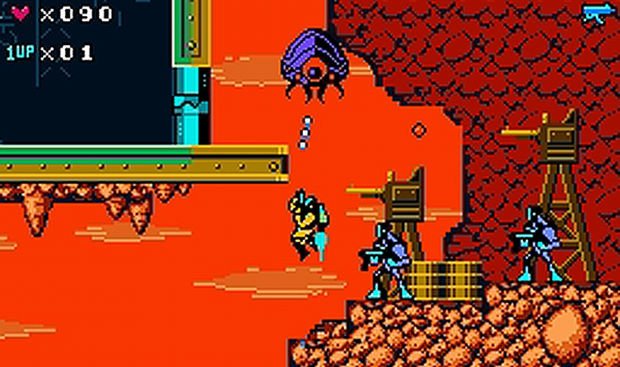 To conclude on the topic of past and future, I had to ask a bit more about Dark Void Zero, the strictly under-wraps DSi demake of the upcoming 360/PS3 title. Was this game a signal that we’d be getting more NES-style games from Capcom this year?

Grinning ear to ear, Seth let me know that he’s “… happy to say there’s something else distinctly demake-esque coming soon. Of course, there’s also Mega Man 10, which isn’t so much a demake as a straight up high-five to the joys of classic gaming…”

And with that, we’re out of time. Tune in next time, when I talk more with Seth about Dark Void, Dark Void Zero, and Mega Man 10.