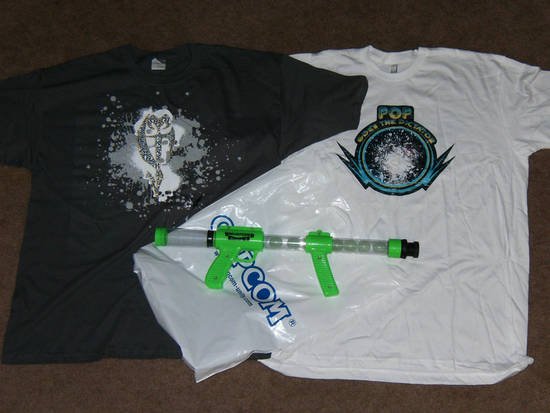 As you may have noticed by the flood of Capcom related stories today, I went to Capcom’s offices in San Mateo to play a bunch of games. While playing through the games and writing up all of these preview posts, I came to realize a few things about Capcom.

For one, they really want their community to get involved. From letting users pick the price point for Bionic Commando: Rearmed, to letting people vote for new costumes in We Love Golf, and to letting the pro Street Fighter fighters help tweak SFII HD Remix, they really want to get their audience involved as much possible.

More of my musings after the fold.

They also know what the hell they’re doing when revitalizing classic games. Time and time again, we see companies fall on their faces for their horrible take of a franchise (*cough* Bomerman: Act Zero *cough*) that breaks the hearts of many. Capcom has done the right thing here by modernizing the graphics of these classics, adding co-op and keeping the core gameplay as we remember it.

Capcom stated at the beginning of Digital Day that 2008 is going to be the biggest year in Capcom’s 30 year history. Plenty of more titles are on the way this year and I wouldn’t be too surprised if Capcom succeeded at their bold statement.

Here’s a recap of all of the Digital Day previews and stories:

Capcom extended the event to non-writers as well and Destructoid made sure a couple of the Bay Area Dtoiders got in. topgeargorilla did a little write up of the event too.

Also, I loved the swag at this event. The Bionic Commando shirt with the exploding Hilter head and the Commandos 3 air pump gun are awesome. And the cheese sandwiches were delicious.