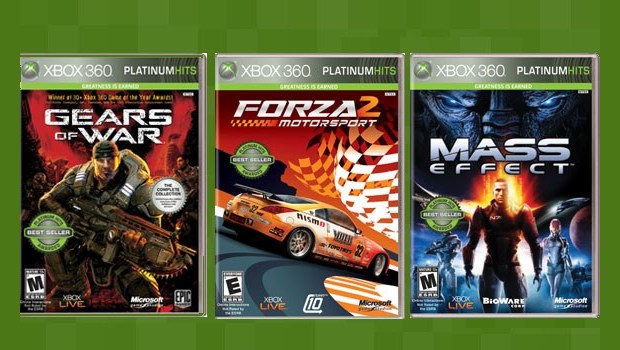 Man, things are turning up Samit this week. First he gets a 360 in the mail, and now he can buy some of the best games on the system and get one of them for free. It’s like Amazon knew what was going on and made this sale just for him.

Right now through February 13 you can buy any two of the listed Xbox 360 Platinum Hits games and get one of equal or lesser value for free.

There’s plenty of 360 exclusives on there for those who just got an Xbox 360 yesterday. You can pick up Gears of War, Dead Rising and Left 4 Dead. Or maybe you’re in the mood for Halo Wars, Viva Pinata and Forza 2. I can tell you that you can avoid buying Turok, Shrek the Third and Need for Speed: Undercover.

Go, recent 360 buyers, and procure games you have missed!