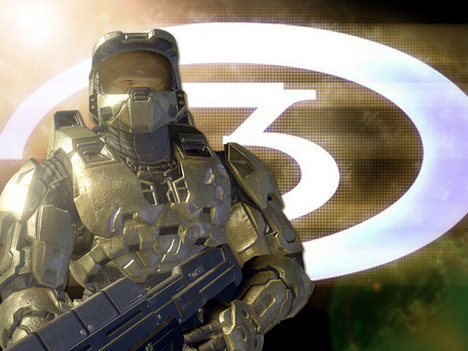 You gotta love hype and its firm place within the video game industry. Well, at least I do. It keeps things fresh and exciting and also keeps me away from writing for a-hole companies. Anyway, back on topic: It appears as if Bungie is all set to release some major and much-anticipated Halo 3 news very soon — next week in fact. Here’s the news via 1UP:

Frankie at Bungie is quick to point out that news on the long-anticipated Halo 3 public beta will be coming “fairly soon,” so temper expectations in that area, as that’s probably not on the horizon for a few weeks yet. Between now and the beta, Bungie will be distributing a new behind-the-scenes video with footage sucked from the Alpha version of the game — the multiplayer beta will actually be based on the more advanced, more complete Beta.

What’s mysterious, however, is the note Frankie leaves the latest update on:

“So yeah. Big changes coming. Big changes and big news. Next week [meaning this week, as the update went live last Friday] is going to be significant.

You’re a mean one, Mr. Bungie.

Any guesses? If it’s anything less than a firm beta announcement, then I think it’s safe to say we will all be disappointed.