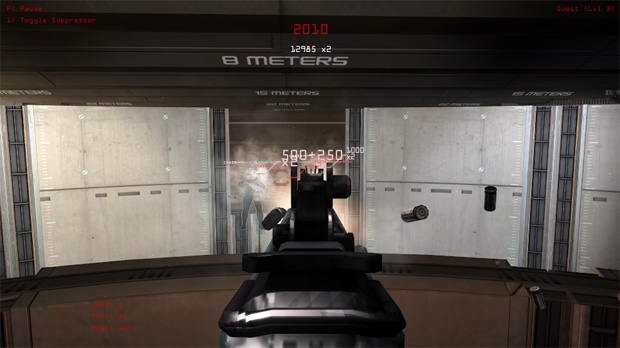 Bullseye, the little showcase shooting range game by Interstellar Marines devs Zero Point Software, is now available on Kongregate as a lite version. The main difference between this version and the one on the official site is that the Kongregate version gives you a 3 second still ad for Interstellar Marines and the full free version of Bullseye, there are only 7 challenge stages, and you don’t have to log in to play it.

As part of the Kongregate Unity Contest, it’s one of the more graphically impressive games and deeper than you’d expect a shooting range game to be. Which makes sense, given that ZPS worked on it for quite a while now. I’d say give it a shot and check out the other contenders while you’re at it. Unity doesn’t instantly make games great, but there are some great ones that are worth a look.

On that note, watch this space for more about Interstellar Marines in the very near future.