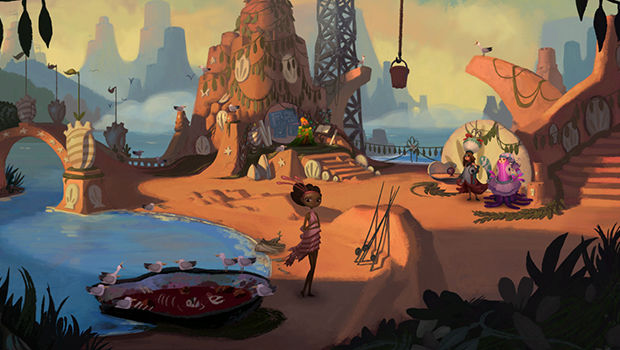 I hope Double Fine is a bit more organized next year

On one hand, I don’t think Double Fine really did anything subversive with their Kickstarter for Broken Age. Announced as Double Fine Adventure, the game naturally grew into something more expensive after it blew past its goal, and did extra things like hire Elijah Wood and Jack Black. Kickstarters are loose guidelines, not binding contracts, after all.

On the other, the game was split into two acts after development had started and the checks were cashed, and now they will be over a year apart. Double Fine has just announced that Act 2 has been pushed back into “early 2015,” and will end up being roughly 8-12 hours in length.

I don’t feel entitled to a certain vision of a product per se, but it is a bit odd to see Double Fine bite off more than they could chew in many ways, and I’ve mostly forgotten about the events of Act 1 already.