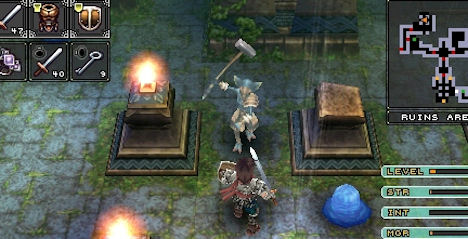 Just what I needed, another RPG remake for the PSP. I’m not even being sarcastic, I actually like RPG remakes on my PSP, and Falcom is pulling out all the stops for the return of Brandish. The overhead RPG, originally launched on the SNES, has been given a full 3D makeover, a’la the Final Fantasy DS games.

Brandish: The Dark Revenant is basically an update to the original game, with Ares the swordsman falling into holes and dungeons just like before. There is no US release date yet, but it’s slated for March 19 in Japan.

Looks nice, but personally I’d take overhauled sprites instead of 3D models. There’s a certain charm to sprites in an RPG that polygons just don’t seem to recapture, especially those on portable systems.

That said, another RPG is another excuse to turn the PSP on. No complaints about that.